Apple Looking To Replace Its Stock Earphones With Unibody Earbuds?

In a new patent application discovered by AppleInsider, Apple seems to be developing a pair of earphones that would feature seamlessly integrating components such as the cable, jack, microphone etc. The report highlights that Apple could use “ultrasonic bonding” to create new iPhone and iPod earbuds that would have a seamless, more aesthetically pleasing “unibody” appearance. The discovered patent filing describes how different components could be welded together for a seamless look. 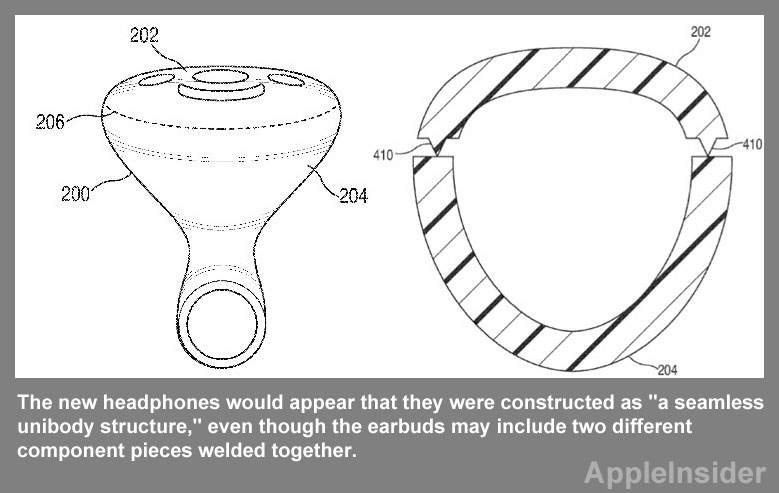 Apple describes the new headphones as having an appearance that they were constructed as “a seamless unibody structure,” even though the earbuds may include two different component pieces welded together.

Combining two different elements in this way may form a weld ring that can be cut, sanded, polished and cleaned. This allows the headphone to appear to be one piece, even though it may actually be a number of connected pieces.

Apple’s desire to build a better set of earbuds was also detailed in a separate application published this week, entitled “Curved Plastic Object and Systems and Methods for Deburring the Same.” It describes building curved plastic objects in the shape of a cap or grill of a headphone or earbud.

The filing also says that since holes are needed in earbuds to allow sound to travel, inner and outer surfaces of the earbuds would be both “deburred” and polished, ensuring that no remnants remain in the holes. 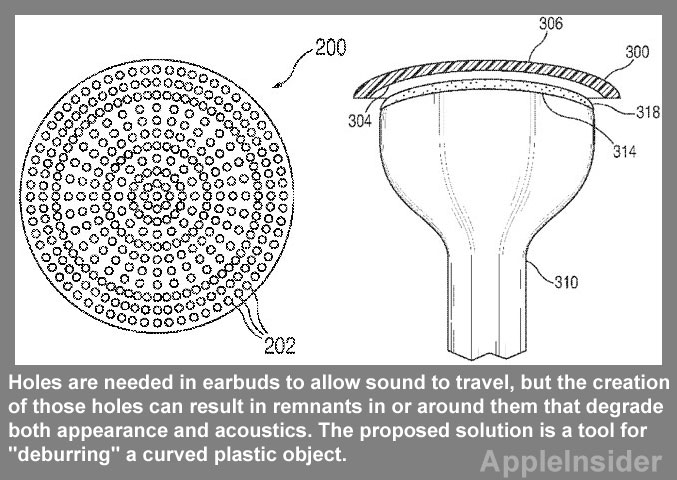 Amazon will reportedly resume advertising on Twitter with an estimated increase in ad spending of $100 million USD (roughly $134 million CAD) annually. News of this quickly follows as Apple is said to be resuming its own advertising on the social media platform. News comes by way of Platformer's Zoë Schiffer, who states Amazon...
Steve Vegvari
24 mins ago