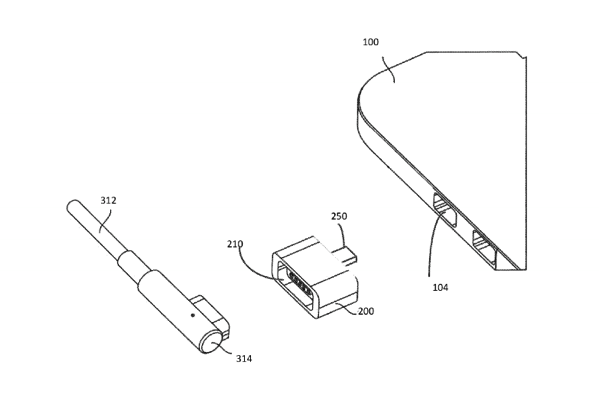 A newly published Apple patent by the US Patent and Trademark Office (USPTO) has revealed that the Cupertino giant is working on a MagSafe-to-USB-C adapter, which would add magnetic charging functionality to the latest MacBook Pros. According to Mashable, Apple may create a bunch of different MagSafe adapters with different male-end plugs such as Lightning and micro USB for devices like iPhones and Android phones.

This means that Apple’s MagSafe-to-USB-C adapter wouldn’t be limited to its notebooks, since the patent lists a slew of potential uses for the dongle. Although It’s not a great or elegant solution, it could still save your MacBook from damage, thanks to its ability to gently break away when tugged or tripped over.

But just like every patent, its not yet confirmed when and if such an adapter will ever be actually produced by Apple. To learn more, hit up this link.

Celebrating the 10-year anniversary of The Hobbit: An Unexpected Journey, Airbnb is offering overnight stays at the iconic Hobbiton Movie Set in New Zealand. The Hobbiton set has become an illustrious destination for those travelling to New Zealand. Airbnb is kicking off its exclusive offer this month, which should satiate fans of J. R. R....
Steve Vegvari
8 mins ago

IKEA and Sonos announced on Thursday the launch of the new SYMFONISK floor lamp speaker, adding yet another product collaborative product to market. This latest SYMFONISK floor lamp offers high-quality sound from Sonos, but with IKEA design to blend into your home. This is the newest product from IKEA and Sonos, after the companies debuted their […]
Gary Ng
56 mins ago