Apple has just released the trailer for “Make or Break,” the new seven-part documentary series that delivers behind-the-scenes access to the world’s best surfers as they battle for the World Title at the World Surf League (WSL) Championship Tour (CT). 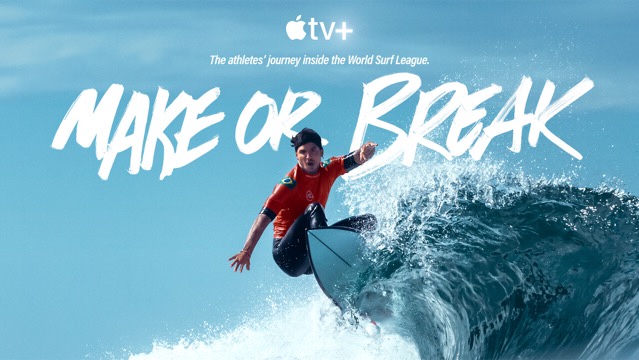 The soon-to-premiere series has also received an early season two renewal, with production underway during the current competition season. The first season of the series spotlights internationally recognized surfers and features never-before-seen interviews with:

The Make or Break docuseries will premiere globally on Friday, April 29 exclusively on Apple TV+.