As suggested by a 20-question survey by Glassdoor (via 9to5Mac), Apple is now among the top 10 places to work in 2012 alongside Google and Facebook. The fourth annual Employees’ Choice award highlights 50 of the best workplaces. The findings are measured through company employees’ survey responses on Glassdoor.com. The survey consisted of questions about career opportunities, compensation and benefits, work and social life balance, communication and feedback, among other things. Glassdoor CEO and founder Robert Hohman said employees from over 65,000 companies responded to the survey. 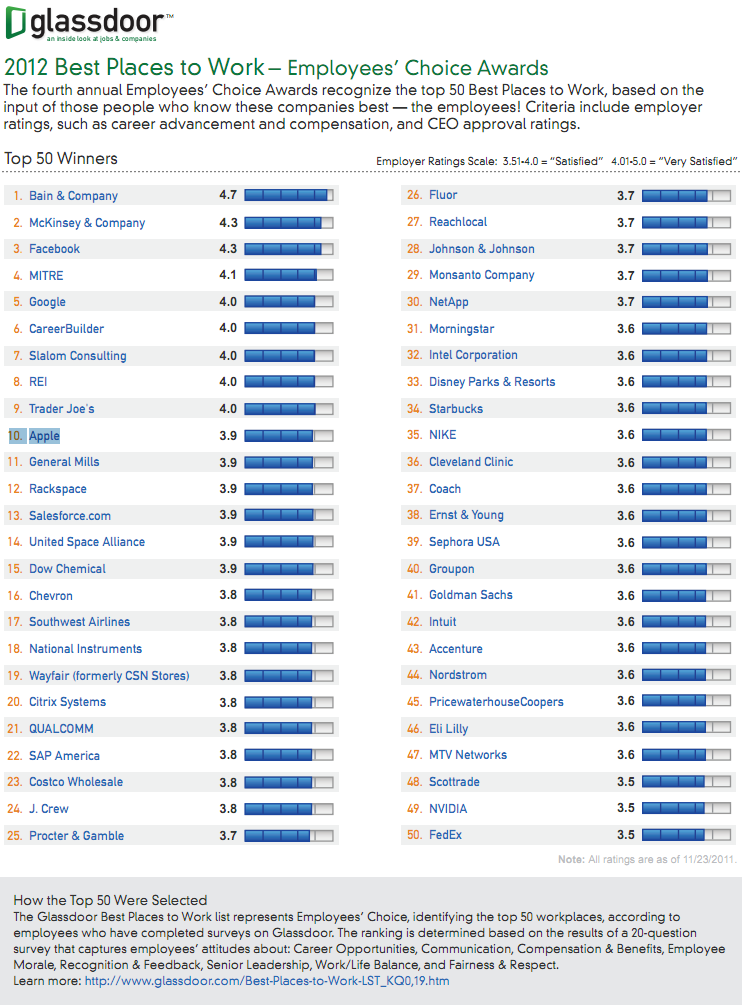 Consulting firm Bain & Company took the top award at 4.7, followed by McKinsey & Company. Facebook won the No. 1 spot last year but slipped to third place with a score of 4.3, while Google rounded the top 5 with a 4.0 score. Other top technology companies listed include Groupon at No. 40 and Intel at No. 32.

Apple is speedily expanding its workforce to match its growing business. The company had 60,400 full-time employees in September, up from 49,400 in fiscal 2010, according to its 2011 annual report with the U.S. Securities and Exchange Commission.

Some reports have suggested that Apple is currently struggling to find room for its employees in Cupertino headquarters as it subsequently plans to build a massive spaceship-like campus which can accommodate up to 13,000 employees.