iOS 14 brings new features to Apple CarPlay, including the ability to change wallpapers and also support for new apps, such as parking, electric vehicle charging, and quick food ordering.

But some other changes have been found within CarPlay in iOS 14, this time related to Apple Maps. According to a user on Reddit, Apple Maps now displays traffic cameras and Siri will announce them as your approach, as shown in the screenshot below (traffic lights were from iOS 13): 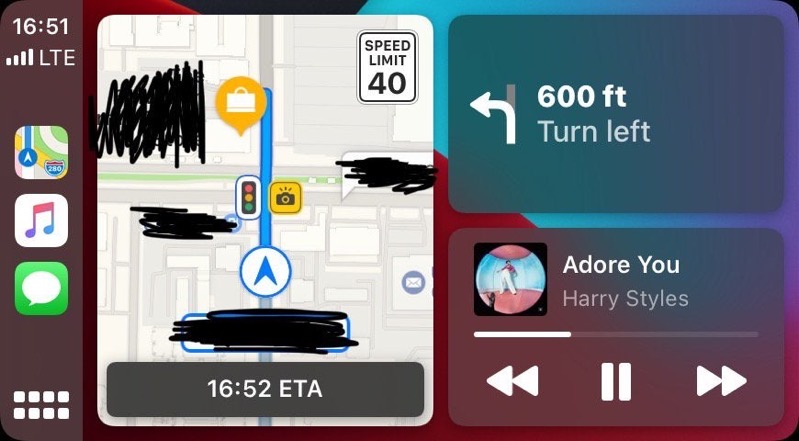 Apple Maps still lacks the ability to add multiple stops like Google Maps, but a new features continue to be added since the new rollout for the United States began earlier this year. Apple said at its WWDC keynote Canada would be getting the new Apple Maps with iOS 14 this fall.