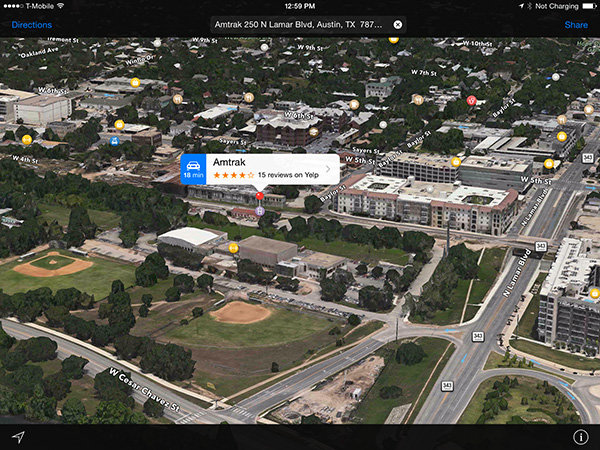 The Web development position requires “deep knowledge” of JavaScript, as Apple unsurprisingly plans for its Web-based Maps service to be a “cross-platform” solution. In addition to JavaScript, Apple also seeks a candidate familiar with HTML and CSS, and the ideal applicant will have a “proven track record of shipping excellent client-side web applications.”

So far, the Apple Maps have only been made available to users of iOS and OS X. However, a web-based solution would allow users on other platforms, such as Microsoft’s Windows or even Google’s Android, to access the service. Even though Apple already uses a URL for its mapping service at maps.apple.com, but in its current form it cannot be used to access Apple Maps via a browser. Currently, the URL only allows users to share map data with other users.

Back in April, Apple had advertised plans to bring public transit information to Apple Maps, while this advert marks the second time this year Apple has revealed its plans for its Maps service via a job listing.

With mere weeks remaining in Ian Scott's term as chairman of the Canadian Radio-television and Telecommunications Commission (CRTC), one telecom expert has said his tenure has proven "disastrous for public confidence" in the regulator. "I think it’s been disastrous for public confidence at the CRTC at the very time that the government wants to hand...
Nehal Malik
29 mins ago