Apple continues to update Apple Maps with additional 3D flyover support for various cities in Canada. Back in March we reported on the addition of 3D flyover for Metro Vancouver and now it appears a recent update has added support for the following cities in Ontario: 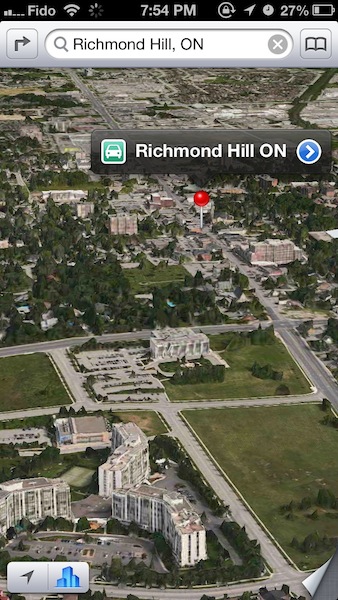 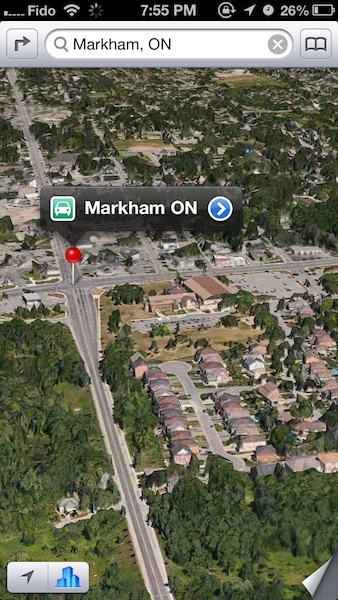 There are most likely more cities than this–check your home area and let us know if you see 3D flyover support, then share it with us in the comments.

How to test this? Zoom into your city in satellite view, tap the 3D icon and keep zooming–it should turn to a building icon if flyover is available.