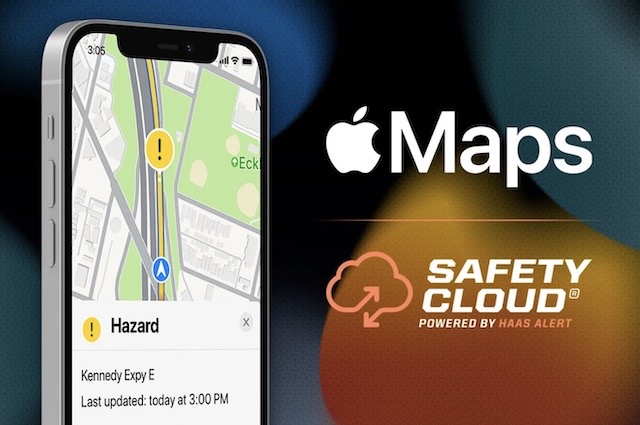 Drivers approaching emergency vehicles, incident responders, work zones, and other hazards on the road sourced by Safety Cloud will receive an alert in Apple Maps, giving them advance warning of a potential safety issue ahead.

Studies have found that digital alerts providing advance warning of upcoming roadway hazards improve driver safety near roadside incidents and can reduce the risk of crashes by up to 90%.

“With the addition of Apple Maps as a Safety Cloud digital alerting partner, drivers using an iPhone as a travel companion will now be safer and better aware of upcoming roadway conditions. We applaud Apple for prioritizing driver safety and taking steps towards achieving the Vision Zero goal of eliminating all traffic fatalities and severe injuries,” said HAAS Alert’s SVP Jeremy Agulnek.

More than 1 billion digital alerts have been processed through Safety Cloud since the platform’s launch in 2017.

Popular cryptocurrency exchange Coinbase on Thursday announced it had to disable the ability to send NFTs on the iOS version of Coinbase Wallet, the company's mobile crypto wallet app, because Apple wanted a 30% cut of the "gas fees" involved. https://twitter.com/CoinbaseWallet/status/1598354819735031809 Gas fees are essentially transaction fees on the Ethereum blockchain network. They are paid...
Nehal Malik
14 mins ago