Apple Maps in iOS 8 to Introduce ‘Find My Car’ Feature? 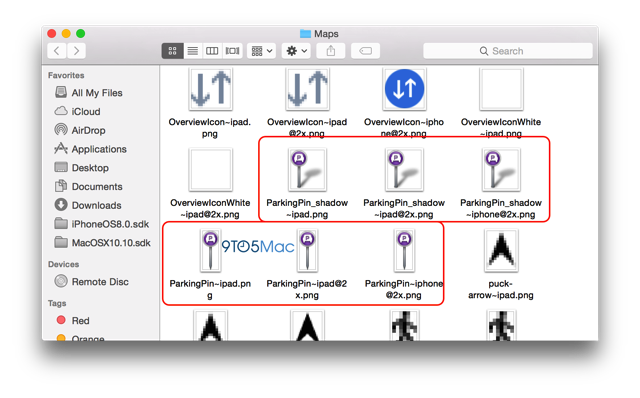 Reported first by the folks over at 9to5Mac (via @hamzasood), Apple’s Maps app code in iOS 8 seems to contain images dedicated to a parked car location feature. Even though Apple didn’t mention any feature related to helping users find their parked cars for its in-house Maps app, it’s quite likely a feature such as ‘Find My Car’ may be introduced in the public release of iOS 8.

“As seen in the screenshot above, Apple’s latest mapping software contains six images dedicated to the parked car location feature, each a purple pin with a car-shaped glyph. It’s very likely that this is one of the many features cut from what is now the first public beta of iOS 8 late in development.”

Previously, it has been rumoured that Apple is testing a tool for its Maps app that, with the M7 chip, could analyse where a user’s car is parked. The iPhone will register the car’s location upon parking so when the user returns to the parking lot, it can assist in finding the car’s location.

Though it is not yet known whether a ‘Find My Car’ feature will arrive in iOS 8 or not, the above finding suggests that Apple is definitely working on a similar feature.

Streaming service FuboTV announced on Wednesday it has launched three Disney channels within its Premium package. Available now are the Disney Channel, Disney Junior and Disney XD. According to FuboTV, these new Disney channels are part of the company’s partnership with STACKTV, which began last year and added Global, HGTV Canada, Food Network Canada, W Network, […]
Gary Ng
47 mins ago