Canadians can now get parking information for more than 8,000 locations via Apple Maps, with the ability to filter based on EV charging, wheelchair accessibility, and more (via MacRumors). 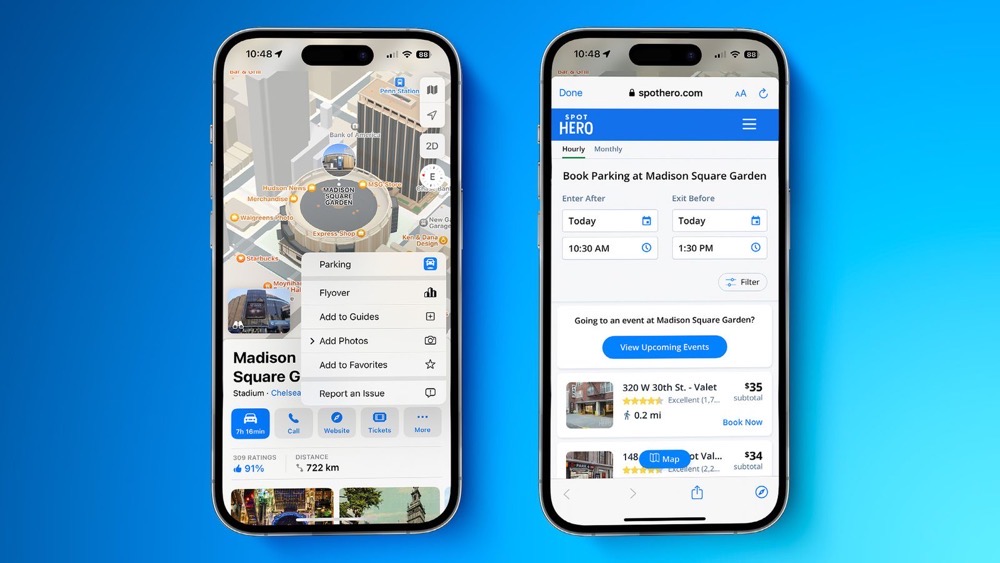 Also available across the U.S., the feature has been launched in partnership with the parking platform SpotHero.

To use the feature:

The feature will soon also be available on the Mac as well.