According to a LinkedIn post, Apple has recently sent a unique thank you gift to select Apple Maps team members as an appreciation for their continued efforts on revamping the Maps app over the past few years (via MacRumors). 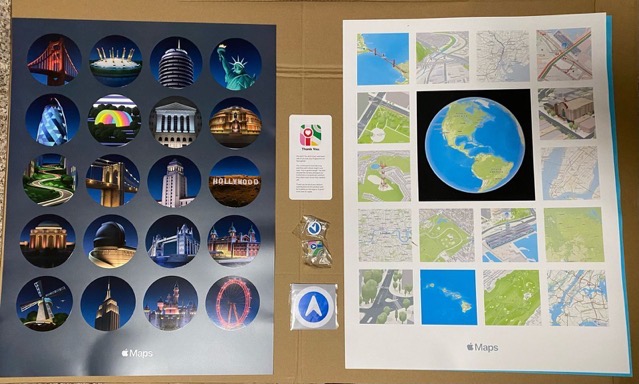 The Apple Maps team, which has been working on a new and improved experience providing more detailed coverage of roads and buildings, faster and more accurate navigation, 3D views of landmarks in major cities, and more, has received a special gift package from the company, as shown in the image above. 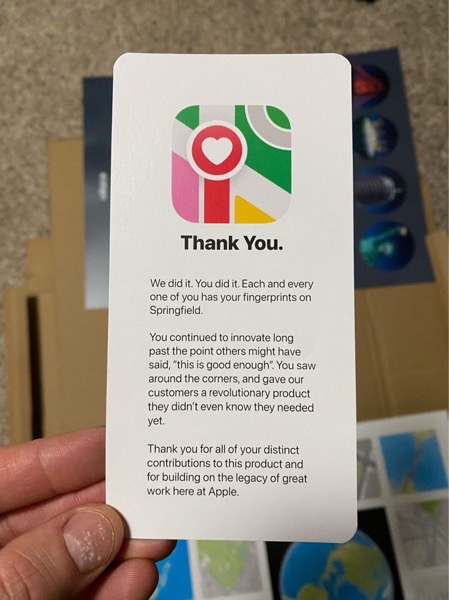 The package some custom Apple Maps pins, stickers, and imagery, along with a small card thanking employees for their contributions to the Maps app.

“Each and every one of you has your fingerprints on Springfield,” the card reads, suggesting that “Springfield” might be Apple’s internal codename for the revamped Maps experience. “Thank you for all of your distinct contributions to this product and for building on the legacy of great work here at Apple,” the card adds.