A report from 9to5Mac indicates that with the launch of iOS 6, Apple may be moving away from Google Maps services and instead use its own in-house mapping service that includes a very interesting 3D view.

Apple’s recent acquisitions of ‘Placebase’ and ‘Poly9’ (both mapping companies), along with 3D mapping company ‘C3 Technologies’ are reportedly ready to be put to use.

The most important aspect of the new Maps application is a powerful new 3D mode. The 3D mode does not come enabled by default, but users simply need to click a 3D button that is conveniently and visibly stored in the app. Perhaps under the fold like the current traffic, pin, and map view buttons.

While the Maps app may still resemble the current Google Maps, it’s said that Apple’s version will be faster, cleaner, and feature an updated icon with new colors and styling.

At this time no plans have been revealed for the release of iOS 6, but it is expected to be previewed this summer at WWDC. 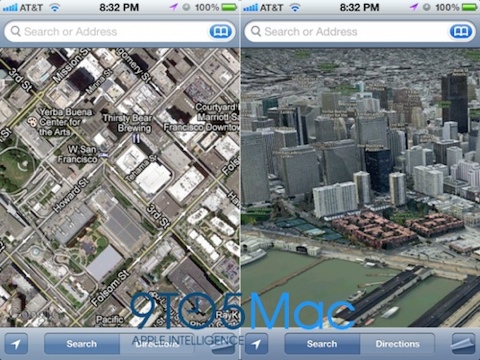 Apple has shared another useful video on its YouTube support channel, explaining how you can find and copy the password of the Wi-Fi network you’re currently on or any you’ve previously connected to. In iOS 16, iPadOS 16.1, and later, you can use Face ID to see and copy Wi-Fi passwords. Simply follow these steps...
Usman Qureshi
5 hours ago