Last month, Apple announced that ‘808’, a new documentary about the legacy of the Roland TR-808 drum machine, will be available for streaming exclusively on Apple Music, beginning last Friday, and will be available to buy or rent from iTunes on December 19. It seems the 92-minute documentary not only illustrates just what Apple is trying to achieve when it comes to music, but also reflects on the company’s selectivity about the original video content. 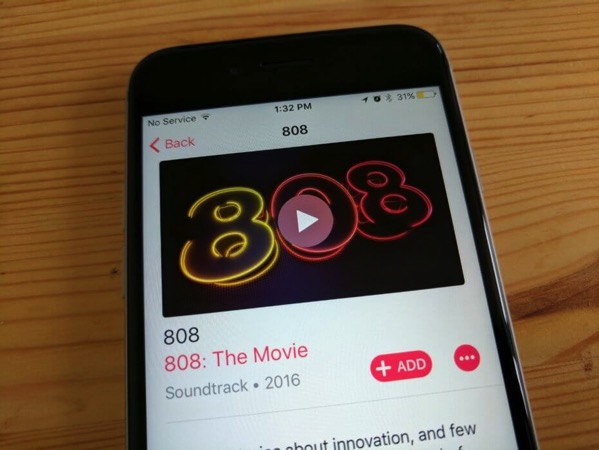 According to VentureBeat, the documentary is truly engaging with a wonderful twist at the end. At the same time, the video seems to bring new interest to existing Apple Music library content, across multiple genres. The subject matter of the documentary, the 808, has been used to produce hip-hop, funk, and dance and electronic music, which is why Apple Music now also features a playlist of songs from 808.

The movie includes commentary from several prominent music figures, including Afrika Bambaataa, Lil Jon, Questlove, and the Beastie Boys’ Ad-Rock and Mike D, as well as people who have supported stars, such as Marvin Gaye’s audio engineer Mike Butcher and Public Enemy producer Hank Shocklee. These appearances reinforce the notion that Apple remains at the center of the music conversation for artists and insiders.

Many shots in the movie just happen to show Macs in the background. This cements the notion that professionals and creative types still rely on the Mac. It’s good timing, given the recent criticism of the new MacBook Pro.

Since the documentary is exclusively available on Apple Music, those who are into electronic music, or music hardware, will either want to sign up for Apple Music, or renew their existing subscriptions. This is important for Apple at a time when it is trying make Apple Music more popular than Spotify and ensure that Pandora’s newly launched premium streaming service can’t catch up.

Check out the embedded teaser below, or fire up Apple Music to stream the whole thing: