Apple and Microsoft Have More Cash Reserves than the UK Treasury 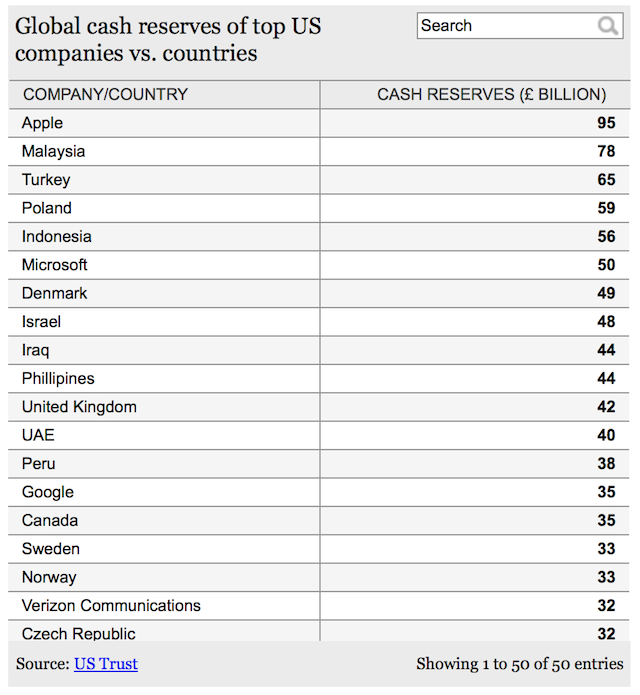 According to a report published by The Telegraph, Apple and Microsoft both have bigger piles of cash than the UK Treasury. The data, compiled by the US Trust, shows that a number of U.S. based companies have more money to spend than the UK does, with Apple holding the largest cash reserves at £95 billion, far greater than the cash held by Malaysia, Turkey or Poland.

Microsoft has the second largest cash reserve of any company at £50bn, £45bn less than Apple. The figures were calculated by analysing company filings, financial metrics from Moody’s Corporation, and data from the International Monetary Fund. Chief market strategist at the US Trust Joseph Quinlan said that U.S. firms were sitting on some $1.6 trillion in cash at the end of 2013, a 12% increase from a year ago.

Amid a world of uncertainty, one thing is without question that most U.S. corporations have plenty of capital at their disposal.