Ariel Adams from the highly respectable ABlogToWatch has published a very interesting article today, sharing his thoughts on what a company, who trained people to forget their watches in the first place, might do to teach them to love its newly introduced Apple Watch. At the same time, Adams’ piece also answers a lot of questions that you may be having about Apple’s latest gadget such as, “what do I need it for?” or “why Apple created so many versions, at so many different prices that all do the exact same thing?”. 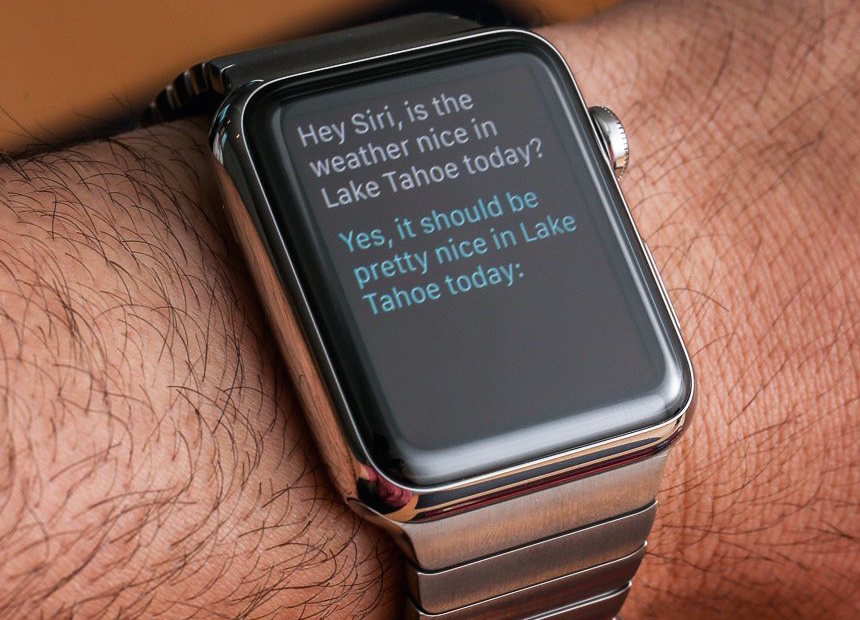 Below are some excerpts from the lengthy article I believe are worth highlighting:

The popularity of the iPhone and competitor smartphones trained an entire generation of consumers to take off their watches or never put one on in the first place. “Who wears a watch anymore?” has probably been a common statement watch people like us on aBlogtoWatch have had to hear on more than one occasion. Apple developed the iPhone because they hated what the competition was offering at the time, but Apple did not begin development on the Apple Watch because they hated timepieces. In fact, the situation was quite the opposite.

Sitting at the Apple event he says, he was surrounded by the “absolute elite of the tech world’s journalism corps”, but most of them seemed perplexed by how Apple was communicating about the Apple watch:

Adam also notes that things people wear are part of fashion, a category that tech writers tend to not cover too much:

Fashion is what gets people to wear something, and technology is what gets people to use something. Where the Apple Watch is so confounding as a new product is that fashion writers may not be able to appreciate the technological utility of the Apple Watch and tech writers more-or-less don’t understand why Apple created so many versions, at so many different prices that all do the exact same thing. This is the first time I am aware of that Apple has ever segmented a product by price merely based on external, cosmetic reasons. That’s totally normal for the watch or fashion industry, but its a novel concept in the tech world.

Comparing the Apple Watch the other smart watches in the market:

I’ve said that compared to the Apple Watch, most other smartwatches (especially those with digital screens) feel like toys. I don’t say that to insult other companies or because I love Apple, but I say it as a way of explaining the build and feel of the Apple Watch. Most of today’s Google Android Wear-based devices look like facsimiles of a watch, but not something a serious watch lover would ever consider as “nice.” The Apple Watch feels like a genuine modern manifestation of the watch, complete with quality materials and a very pleasant ergonomic and tactile experience.

If you’d like to read the article in full, and I strongly recommend you do especially if you’re still undecided on the Apple Watch, hit up this link.

Netflix has announced today they are rolling out the ability to great game handles, which are public usernames that can be used across the company’s slate of mobile games on iOS and Android. Supported games will have leaderboards such as Rival Pirates, Dominoes Café and Lucky Luna. How to create your Netflix game handle? It’s […]
Gary Ng
57 mins ago