It’s a national holiday in the U.S. today—Martin Luther King Jr. Day—which annually marks the birthday of the late civil rights leader on the third Monday in January.

Dr. Martin Luther King Jr. is one of Tim Cook’s personal heroes, and today the Apple CEO noted on Twitter “we honor #MLK by working to help achieve justice and equality.” 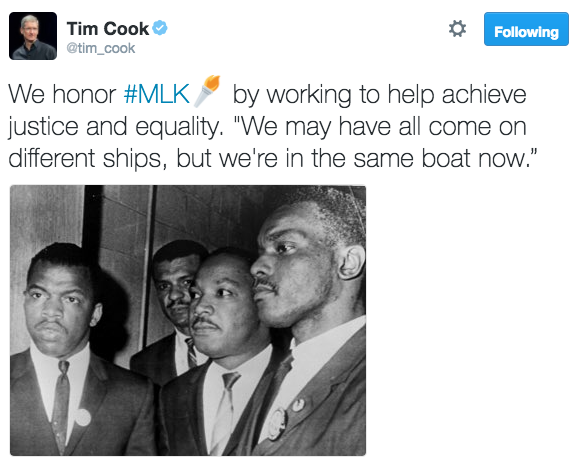 Like last year, the Apple.com homepage has paid tribute to MLK, this time with the following quote from the latter: “Commit yourself to the noble struggle for equal rights. You will make a greater person of yourself, a greater nation of your country, and a finer world to live in.” 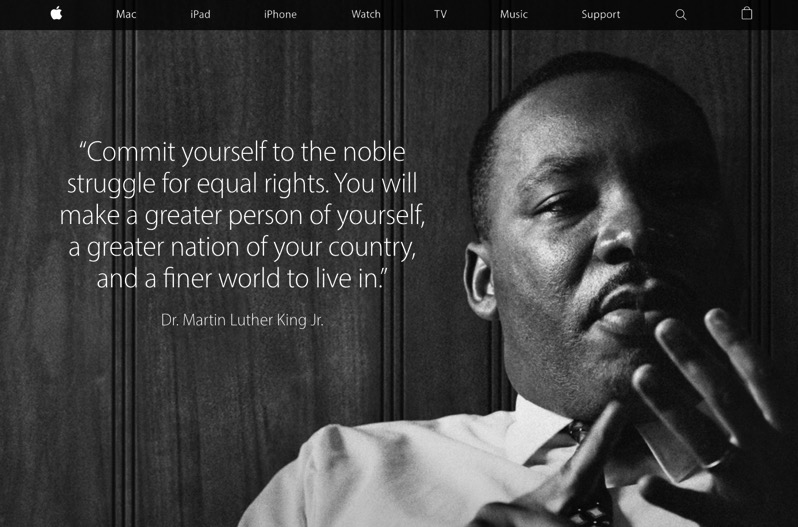 Cook has made Dr. King’s principles part of Apple, as in 2013, the CEO noted the following in an email regarding the company’s updated company code of conduct:

“As Dr. Martin Luther King once said, the time is always right to do what’s right. At Apple, we do the right thing. Even when it’s not easy. If you see something that doesn’t meet our standards, speak up. Whether it’s a quality issue or a business practice, if it affects Apple’s integrity, we need to know about it.”