Contrary to CEO Tim Cook’s recent statements criticising internet advertising business models like the ones used by Google and Facebook, Apple is planning to cash in on mobile advertising through a new network that would distribute ads across Apple’s collective apps, The Wall Street Journal is reporting. 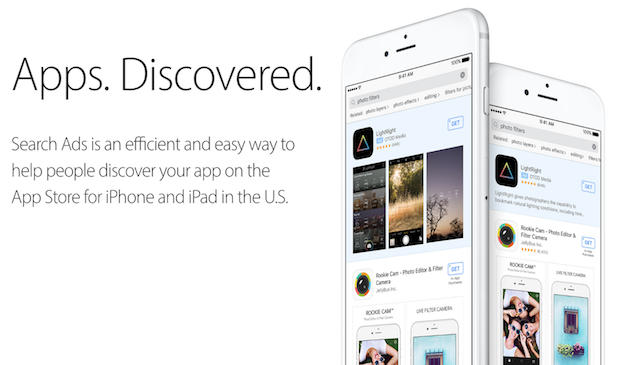 Today’s report, however, claims that Apple representatives have met with firms like Snap and Pinterest about joining an Apple-run advertising network.

Unnamed sources familiar with Apple’s plans told the WSJ that even though Apple would share advertising revenue with the other companies, the rate would be set on a per-app basis.

Under the concept discussed internally and raised with potential partners, users searching in Pinterest’s app for “drapes” might turn up an ad distributed by Apple for an interior-design app, or Snap users searching for “NFL” might see an ad for a ticket-reseller app, one of the people said.

Apple would share revenue with the apps displaying the ads, with the split varying from app to app, they said.

Unlike the old iAds initiative, Apple’s new advertising model will apparently only push ads for apps sold on the App Store.