Apple Overtakes Samsung as Most Powerful Brand in China

Apple is the leader of the mobile sector for 2014 in China, dethroning last year’s winner Samsung, according to the China Brand Research Center’s 2014 China Brand Power Index (C-BPI) ranking report released yesterday and spotted by ZDNET.

As with every brand power report, the market research company has taken into consideration a number of factors before arriving at a final verdict. Samsung had been the mobile market leader since 2012, but this year its ranking in customer loyalty dropped significantly, falling below Apple for the first time, although the competition between the two brands is very strong as the scores show: Apple got the highest, 568.5 points, in the ranking, while Samsung got 566.6 points (rising 24 points from last year).

Samsung, on the other hand, managed to secure first place in the colour TV section for the fourth consecutive year and also ranked high (third) in digital cameras, video cameras, and laptops. 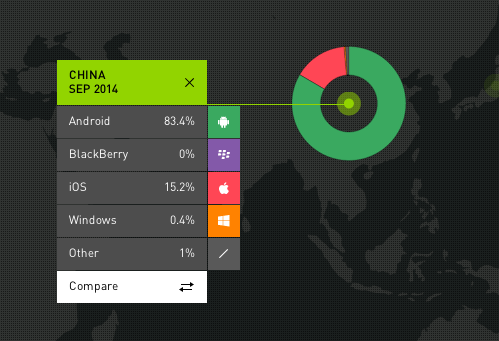 Apple’s Chinese market share was said to be at 15.2% as of the third quarter of 2014, but this is about to change with the success of the iPhone 6 and iPhone 6 Plus. 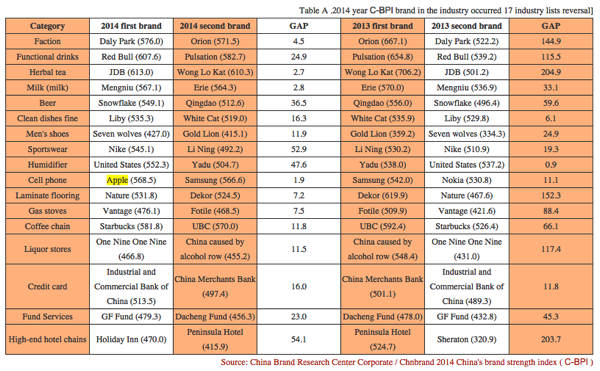