Apple has reclaimed its title of ‘world’s most valuable brand’, surpassing Google in the 2015 BrandZ Top 100 ranking, the tenth anniversary of the brand tracker’s annual rankings. The Apple Watch maker’s brand value increased to $247 billion, a jump of 67% compared to a year ago, fueled by the success of the iPhone 6. Google grew 9% year over year to $173.7 billion, falling from its top spot a year ago. 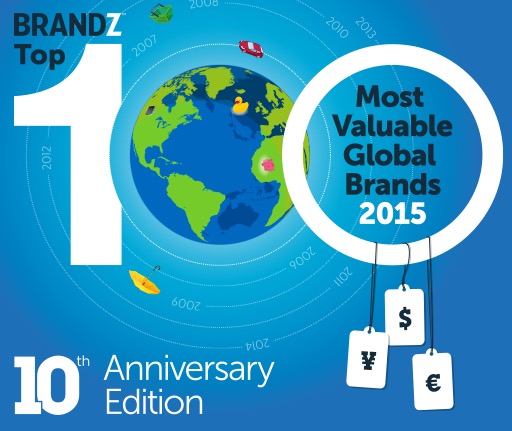 “Apple continues to ‘own’ its category by innovating and leading the curve in a way that generates real benefits for consumers. It meets their rational and emotional needs, and makes life easier in a fun and relevant way. Apple is clear on what it stands for, and never stops refreshing its message to sustain the difference that makes it so desirable.”

Below is a graphic of the top 10 brands: