Apple.com has paid tribute to the life of the late boxing legend, Muhammad Ali, on its homepage: 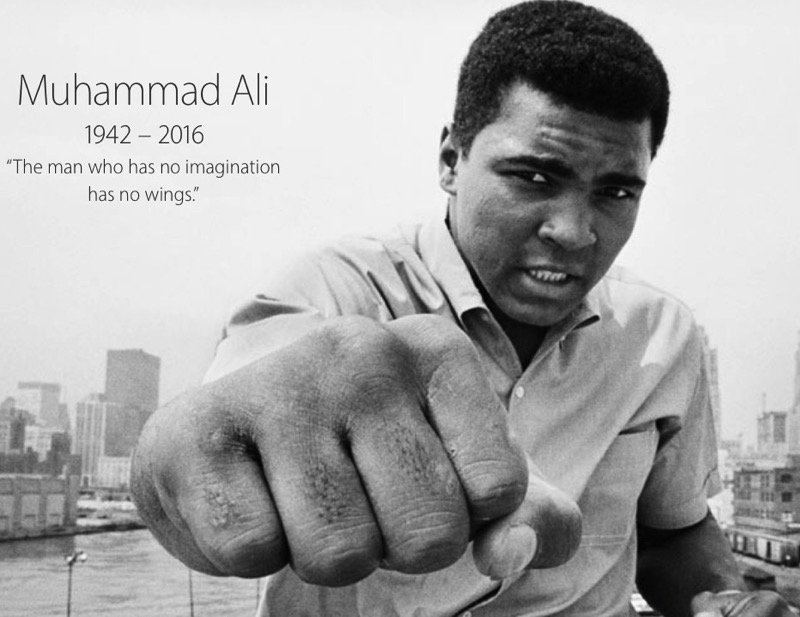 "He who is not courageous enough to take risks will accomplish nothing in life." Rest in peace #MuhammadAli