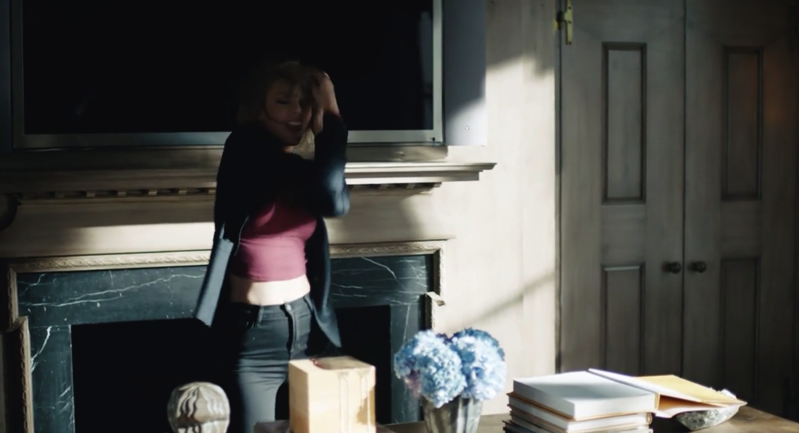 In line with previous reports, Taylor Swift is starring in another Apple Music ad. This morning she tweeted out a new one-minute ad showing once again the playlists feature of Apple’s music streaming service.

The new ad has inherited some elements of the previously released video: Swift lip syncs The Darkness’ “I Believe In A Thing Called Love”, just as she did with Jimmy Eat World, but this time she dances in her living room all alone – like no one’s watching.

In an interview with AdWeek, Larry Jackson, Apple Music’s head of content said Swift will star in a bigger marketing campaign that will roll out in the next few months.

As it turns out, it’s good to have the support of Taylor Swift: Her epic treadmill fall has pushed Apple Music’s curated #gymflow playlist to the no. 5 spot in the week’s top list. The ad has been watched more 20 million times in less than a week on Facebook and Instagram.