Apple Music Beta on the Web Gets Live Lyrics

As spotted by the folks over at 9to5Mac, Apple has made some changes to the web app for Apple Music in beta, including support for the time-synced lyrics feature that made its debut on iOS in 2019. 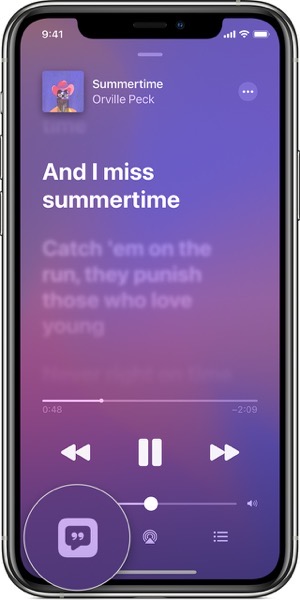 For those who aren’t familiar, Apple Music subscribers can follow along as they listen to their favorite songs with perfectly time-synced lyrics.

The feature was previously available to iPhone, iPad, Mac, and Android users, but with this recent change to Apple Music on the web, you can now use the live lyrics feature from your web browser on any machine.

This time-synced live lyrics feature has been incredibly popular for Apple Music, serving as a key differentiator between Apple Music and Spotify for many users.