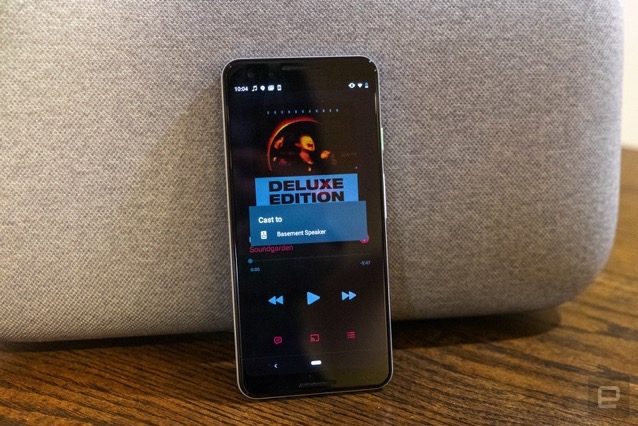 Apple Music now works with Chromecast, Google Home, and Assistant-compatible speakers. If there’s a compatible Chromecast-enabled connected to the same network as the device you’re using to play music, you’ll see a cast icon in the app. You can then stream music to your selected device and control playback from your Android smartphone.

Rumours earlier this year had also hinted that Apple Music would connect to Google Home, although the integration is not yet complete.

“The integration isn’t quite as deep as the previous reports suggested — you can’t set up Apple Music as a default music option for Home or Assistant devices and completely control it with voice commands quite yet. Still, it’s a useful update for those who aren’t completely hooked into the Apple or Google ecosystems.”

The latest Apple Music for Android beta also includes the dark mode, a lyrics viewer, and some updated visuals. You can try out all the new features by joining the Apple Music beta program via Google Play.

Last fall, Apple Music was named the new partner for the NFL’s Super Bowl Halftime Show, replacing Pepsi. This year’s show will feature Rihanna and Apple Music today shared the first trailer for the show, slated for the Super Bowl on Sunday, February 12, 2023, at State Farm Stadium in Glendale, Arizona, where the Kansas […]
Gary Ng
27 mins ago