Apple Music made the unprecedented move of launching support for Amazon’s Echo speakers in the U.S. back in December (it’s not available in Canada yet, of course), and now we could be seeing the next platform ready to integrate the iPhone maker’s streaming music service.

As spotted by a MacRumors reader, the Google Home iOS app is now showing Apple Music in its list of available music services.

We were able to confirm the option within Google Home for iOS ourselves, which you can see below: 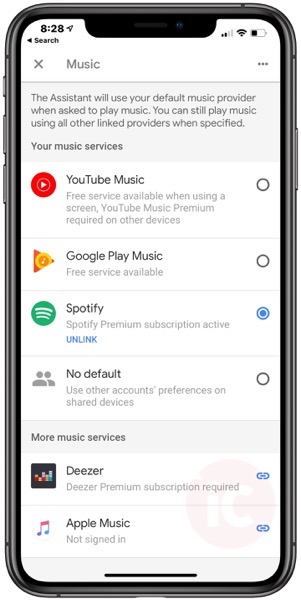 How to visit this setting? Launch Google Home for iOS, then to go Settings > Music > Apple Music. If you try to select Apple Music as a music service, nothing happens. For us, a message popped up to say “Apple Music is your default music provider.”

It definitely is odd to see an option for Apple Music within the Google Home iOS app, teasing future integration. If Apple is able to make a deal to get Apple Music on Echo speakers, it would be a natural fit to show up on Google Home speakers as well. This would extend Apple Music to even more potential subscribers.

We’ve seen Apple expand their services such as HomeKit to a variety of TV manufacturers, paving way for the iPhone maker to enter even more living rooms.

Do you want to see Apple Music on your Google Home smart speakers?

Geekbench scores allegedly belonging to Apple's upcoming "M2 Max" chip were recently spotted and shared online by known Apple tipster ShrimpAppePro (@VNchocoTaco), giving us a hint at the kind of performance we can expect from the next iteration of Apple Silicon (via MacRumors). Apple is expected to release a pair of higher-end M2 chips in...
Nehal Malik
31 mins ago