Apple Music and Labels Under Antitrust Scrutiny in NY, Connecticut

According to a report by The New York Times, the attorneys general of New York and Connecticut have been quietly investigating Apple’s negotiations with music labels, searching for any potential antitrust violations during the launch of Apple Music. The publication notes that the attorneys general of the two states wanted to know whether Apple pressured the music labels, or whether the labels conspired with Apple and one another, to withdraw any “freemium” services offered by the likes of Spotify. 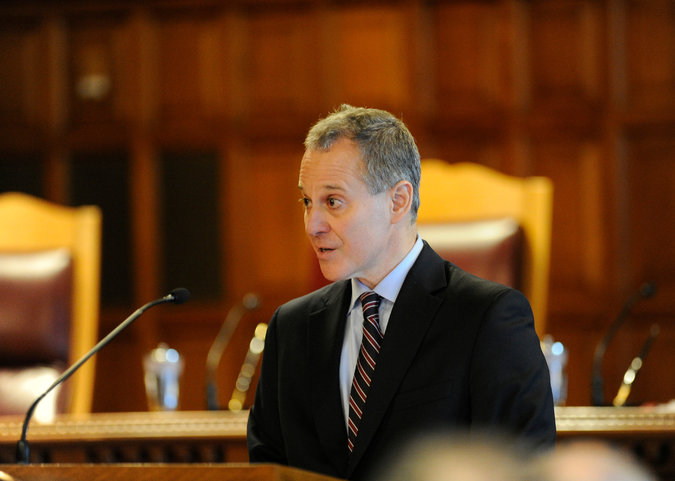 Universal Music Group has also confirmed today that it has been cooperating with the attorney general of New York, Eric T. Schneiderman, and the attorney general of Connecticut, George Jepsen in the investigation. “It’s important to ensure that the market continues to develop free from collusion and other anticompetitive practices,” said a spokesman for Mr. Schneiderman.

“The first written response to the antitrust inquiry came from Universal Music Group a day earlier when the company’s legal firm, Hunton & Williams, sent a letter to the attorneys general. The letter said Universal Music Group had no agreements with Apple or music entities like Sony Music Entertainment and Warner Music Group that would impede the availability of free or ad-supported services.

The music company added that it “shares the attorneys general’s commitment to a robust and competitive market for music streaming services in the mutual best interest of consumers, artists, services and content companies alike — and we have a long track record to that effect.”

Mr. Jepsen, the attorney general of Connecticut, also said in a statement that his office was satisfied with Universal, though he added “We will continue to monitor that market to ensure that consumers and competition are protected”.

Meanwhile, it has been reportedly previously that the European Commission is also looking into Apple’s negotiations with the music labels.

In this week's edition of his Power On newsletter, Bloomberg's Mark Gurman speculated that Apple could launch an even pricier iPhone model, positioned above the "Pro Max," as early as 2024. The renowned analyst previously reported that Apple could rename this year's iPhone 15 Pro Max the iPhone 15 "Ultra." However, he now believes the company is...
Nehal Malik
11 mins ago