Calling it Apple Music’s first “premiere global editorial playlist,” Apple has just rebranded the popular Best of The Week playlist on its streaming music service as ‘New Music Daily’ that debuts and spotlights new music on the platform. 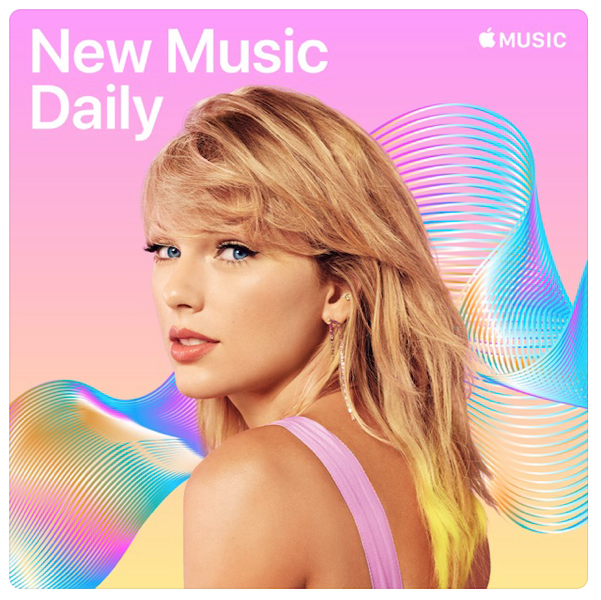 “We are differentiating ourselves from our competition by moving at a daily pace,” Apple Music’s global senior director Rachel Newman told Billboard. The multi-genre playlist will feature 60 songs and will be curated by Apple Music editors.

Apple will be updating New Music Daily every day with a new lead song and cover star between Monday and Friday, but for the first 30 days, the playlist will be updated seven days a week. Taylor Swift is the first cover star for the new playlist, that also features new tracks from Missy Elliott, Miranda Lambert, and more:

Newman says Apple will highlight both established stars as well as emerging and international artists as cover stars for New Music Daily.

“This is a global playlist — the concept will be executed around the world — with a global cover star but we’ll be providing local flavor in dozens of territories to provide the best experience for all of our users.”

“Culture is an always-on experience and we want to reflect that in our programming. When something is new and it matters, we’ll program it in New Music Daily,” Newman says.

You can check out New Music Daily on Apple Music at this link.

Apple on Monday evening announced the best apps of the year, as part of its annual App Store Awards for 2022. These awards highlight 16 apps and games that “inspired users to engage more deeply with the world, expand their imaginations, and stay connected to friends and loved ones.” Winners were chosen by Apple’s global […]
Gary Ng
49 mins ago