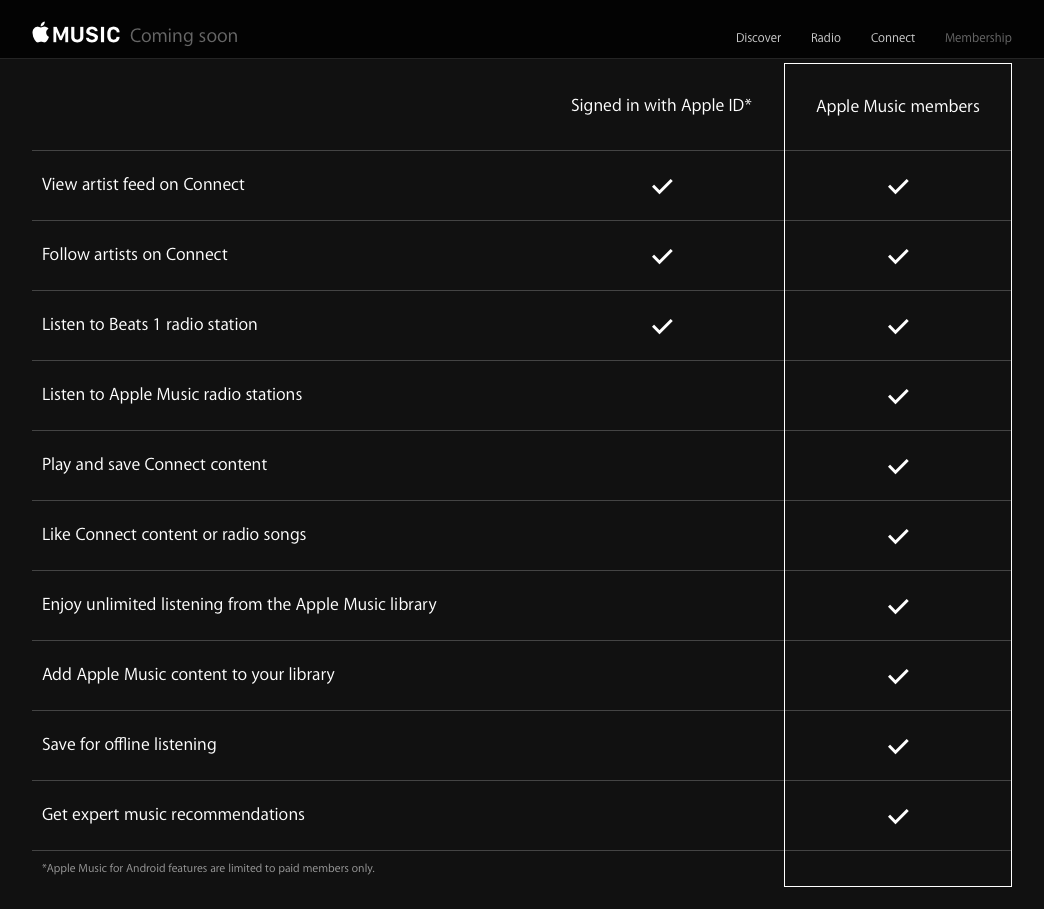 Although the WWDC 2015 keynote ran more than two hours, and Apple Music had its fair share of the limelight, it was still only enough to highlight some of the major features, and left users with tons of open questions. One of which was whether Apple will allow users to save music for offline listening. Speaking with Re/code, Apple confirmed that it will support offline listening.

“As an Apple Music member you can add anything from the Apple Music library — a song, an album or a video — to your collection,” Apple said in a statement to Re/code. “And that’s just the warm-up act. From there you can create the perfect playlist from anything you’ve added. You can save it for offline listening and take it on the road.”

This was, of course, a must-have feature of Apple Music – other subscription-based music streaming services offer offline listening. Spotify, for example, allows users to download music while on WiFi if you have a valid subscription and continue to use it for up to 30 days. Though after that period Spotify will require an Internet connection to check your subscription again.

By the way, offline listening was confirmed on the Apple Music page in a feature checklist, which also reveals that you can play and (also) save content from Connect. The latter is the feature that connects artists and fans, and it is built into Apple Music.

So, the “one more thing” Canadian Apple users will have to do is: wait. June 30 for Apple Music launch? Not likely.