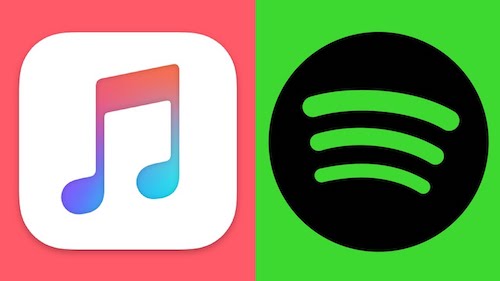 Citing people familiar with the matter, a report by The Wall Street Journal notes that Apple Music has surpassed Spotify to become the leading music streaming service in the U.S. in terms of paid subscribers. Apple’s service reportedly had 28 million paid U.S. subscribers at the end of February, while Spotify was 2 million behind with 26 million.

Apple Inc.’s streaming-music service has been adding subscribers in the world’s biggest music market more rapidly than its Swedish rival—a monthly growth rate of about 2.6% to 3%, compared with 1.5% to 2% for Spotify—the people said.

Although Apple was previously predicted to reach the milestone more than six months ago, Spotify intensified efforts to maintain its lead, expanding various promotions including a discounted subscription bundle with video-streaming service Hulu.

In addition to taking the lead in the U.S., Apple’s music streaming service is now starting to see growth globally too. The publication notes that Apple Music is also growing faster worldwide at a rate of about 2.4% to 2.8%, compared with Spotify’s 2% to 2.3%, closing the gap in other markets as well.

It must be kept in mind that the figures reported today refer only to paying subscribers and exclude any user on the Apple Music three-month free trial or the Spotify ad-supported subscription tier.

Also, Spotify remains far ahead of Apple globally. As of December, Spotify had 207 million active users around the world, 96 million of whom are paying subscribers. According to data from Sensor Tower, Spotify was the most-downloaded music app in Canada last year.

Let us know which of the two music streaming services do you prefer and why.