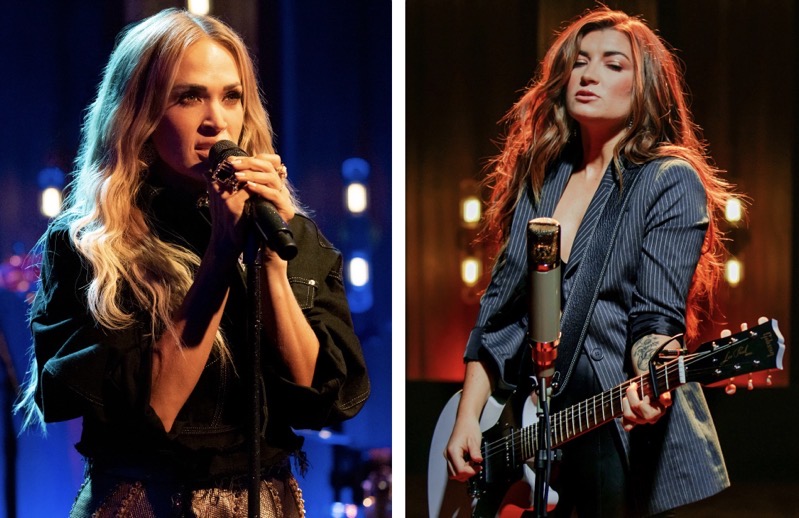 Apple on Friday launched Apple Music Sessions, which it says are exclusive live releases “featuring some of the world’s most prolific artists and emerging artists, all in Spatial Audio.”

These Apple Music Sessions are recorded at Apple Music studios located around the globe and allow “artists the opportunity to reimagine and recreate hits from their catalog, and creative covers of beloved classics.”

The performances are filmed, resulting in new Spatial Audio tracks and live videos available only for Apple Music subscribers worldwide.

Underwood’s session includes her hit single, “Ghost Story,” along with “Blown Away,” and a cover of Ozzy Osbourne’s “Mama, I’m Coming Home.”

“Being in the studio with Apple Music was such an incredible experience, and I’m excited to share these unique, stripped-down versions of three songs I love with my fans,” said Underwood “We had a lot of fun reimagining these big, visual songs and presenting them in a different way.”

“I have always been an Ozzy Osbourne fan and ‘Mama, I’m Coming Home’ is one of my all-time favorite songs,” added Underwood. “I’ve always thought it felt a lot like a country song, and I’ve wanted to cover it for a long time. This was a really fun opportunity for me to be able to finally make that happen. I hope we’ve done Ozzy proud and I hope he likes it.”

“It was so cool capturing the spirit of how it feels to play my songs live with my band during the Apple Music Sessions performance,” said Townes. “The new space feels like it’s going to become an anchor for our music community in Nashville, and it was an honor to be a part of breaking it in.”

Apple Music Sessions has started first in Nashville with numerous country artists lined up, including Ronnie Dunn, Ingrid Andress and more.  Apple says it plans to expand the series into other music genres in the future.

Just ahead of HBO’s highly anticipated premiere of Game of Thrones prequel series House of the Dragon, a new House of the Dragon: DracARys augmented reality app has been released to download for iOS and Android. Available in English and French, the app offers an immersive, free-roaming AR experience, and allows fans to hatch and raise their own...
Usman Qureshi
13 hours ago

On Monday, Bell Media announced veteran CTV news anchor, Lisa LaFlamme was being let go by the company. Coinciding with Bell’s announcement, LaFlamme broke her silence in a final “sign off” on Twitter, a video that has since racked up 3.8 million views. Her firing has made international headlines in the past 24 hours. LaFlamme,...
Gary Ng
13 hours ago

According to a CTV News report, a coalition of Chambers of Commerce representing border communities is calling on the federal government to scrap the ArriveCan app requirements for travelers crossing the border. A Statistics Canada report shows U.S. visits through land ports are still down significantly across the country. The border-city mayors are therefore also asking...
Usman Qureshi
13 hours ago