In an on-stage interview at Midem in Cannes today, Sony Music CEO Doug Morris has confirmed that Apple will unveil its new music streaming service tomorrow at the World Wide Developers Conference 2015 event in San Francisco (via VentureBeat). “It’s happening tomorrow,” Morris said during an interview primarily focused on his storied career in the music industry. He added that Apple’s entrance will help return the music industry back to the $30bn business it was a decade ago. 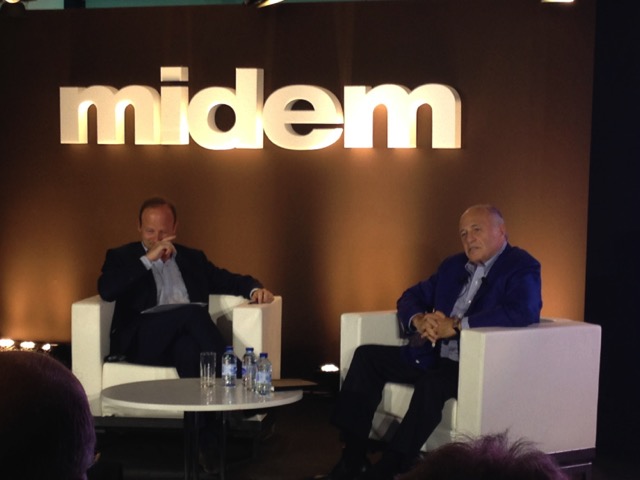 Morris emphasized that he prefers paid streaming services to ad-supported ones from a financial perspective. “Paid streaming tiers are good. Ad-supported, unless there a conversion factor, are not so good”, he said. He further said that for a company like Spotify, 100 streams equals $1, while ad-supported streaming is 900 streams to $1. “You can tell which one we like”.

While showing his enthusiasm for Apple’s music streaming service launch tomorrow, he said that it represents a “tipping point” that would accelerate the shift to streaming.

“What does Apple bring to this?” Morris said. “Well, they’ve got $178 billion dollars in the bank. And they have 800 million credit cards in iTunes. Spotify has never really advertised because it’s never been profitable. My guess is that Apple will promote this like crazy and I think that will have a halo effect on the streaming business. A rising tide will lift all boats. It’s the beginning of an amazing moment for our industry.”

The WWDC 2015’s opening keynote will be live streamed tomorrow, starting at 10AM PDT/1PM EDT, at Moscone Center in San Francisco.