Apple has just increased the prices of the Apple Music student plan in Canada, the U.S., and the U.K., following last month’s price revision in South Africa, India, Saudi Arabia, New Zealand, and Israel (via 9to5Mac). 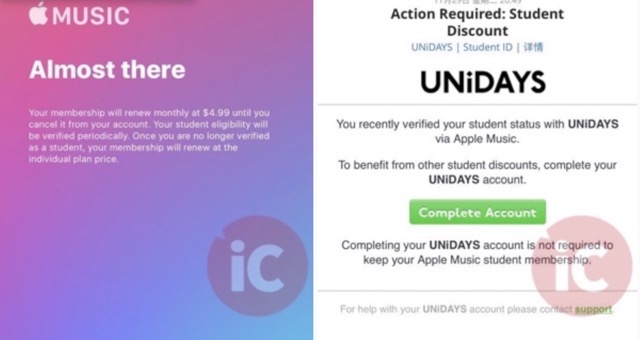 Apple Music student plans subscribers in Canada are now being charged CAD $5.99, up from the previous CAD $4.99. Similarly, the plan now costs $5.99 in the U.S. whereas it was previously available for $4.99 per month. In the UK, the price for the Apple Music student plan has been increased from £4.99 to £5.99.

A version of the Apple Music webpage archived on June 21 still shows the old prices in the US, Canada, and UK website, which suggests that Apple has raised prices for the Apple Music student plan in the last 48 hours. Apple is yet to confirm the price increases with a statement.

Meanwhile, pricing for the Apple Music individual plan has not changed and continued to cost CAD $9.99 per month in Canada. The family plan for up to six people also costs the same CAD $14.99 per month.

Back in July, Netflix announced it had picked Microsoft to power its upcoming ad-supported tier. This discounted tier would make up for its cheaper price by showing ads within shows and movies within the streaming service. Now, it appears this ‘Netflix with Ads’ tier will lack a major feature of regular subscriptions: offline downloads. According...
Gary Ng
7 hours ago

The official trailer for the upcoming Apple TV+ original documentary 'Sidney' honouring the life of Hollywood legend Sidney Poitier, has just gone live on YouTube. From producer Oprah Winfrey and directed by Reginald Hudlin, this inspirational documentary honours Poitier and his legacy as an iconic actor, filmmaker, and activist at the center of Hollywood and...
Usman Qureshi
10 hours ago

Airbnb on Tuesday announced the introduction of new anti-party tools in Canada and the U.S. to help prevent unauthorized parties by identifying and declining potentially high-risk reservations. This system looks at factors like history of positive reviews (or lack of positive reviews), length of time the guest has been on Airbnb, length of the trip,...
Nehal Malik
10 hours ago