Apple Music and U2 Collaborate on Virtual Reality Music Video 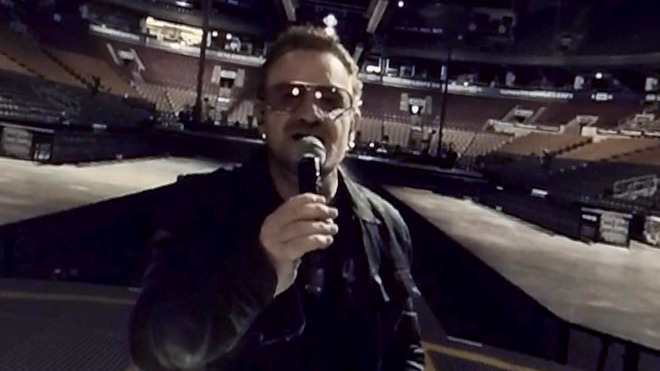 Apple Music and U2 have collaborated on a virtual reality music video for the band’s “Song for Someone”, which is now available for viewing through Vrse VR app available for iOS and other platforms, showing mixed scenes of U2 playing onstage with other musicians playing in their homes. According to AppleInsider, people who don’t have a headset can simply watch the video in fullscreen mode and tilt or rotate their device to change perspective.

“Apple has periodically dabbled in VR technology, for instance devising the QuickTime VR file format in 1994. Over the years the company has occasionally filed for VR-related patents, but never released any tangible products”.

Previously, Apple has shown “The Experience Bus” video to U2 fans, in which a vehicle follows the band on tour with Macs projecting the video into Oculus headsets, and Beats headphones supplying audio. iPads on the bus are believed to be used for promoting Apple Music, according to TechCrunch. While the video does show Apple Music branding at the beginning, it isn’t yet clear to what extent Apple was involved in producing it.

In the past, Apple has contributed in producing music videos for artists like Drake and Pharrell Williams.