According to a report from AppleInsider, Apple has made Apple Music’s curated music discovery feature available to users running the iOS 10 beta.

The feature, which was announced at WWDC this year, comes in the form of two playlists called “My New Music Mix” and “My Favourite Mix” is a unique playlist that recommends music and artists to Apple Music users based on their listening habits. The new feature can be found in the “For You” section of Apple Music, with each playlist holding a total of 25 songs. 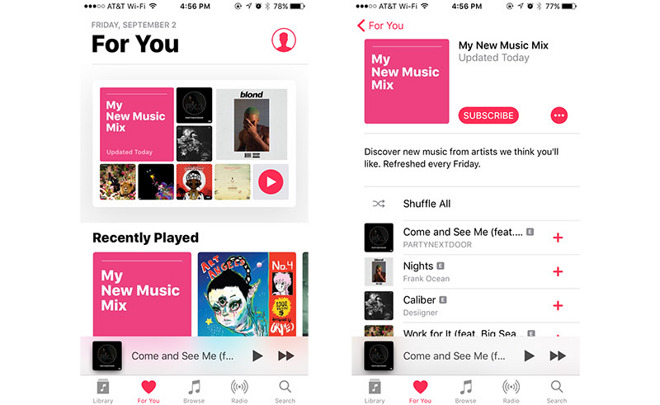 My New Music Mix contains songs from artist that are picked based on user listening habits by Apple Music curators. My Favourites Mix focuses on music you have already listened to. Both playlists are updated by Apple every Wednesday.

All of these updates are expected to be discussed in detail during Apple’s media event on September 7th.