According to a new patent application published today by the US Patent & Trademark Office (USPTO), Apple has invented a new deployable feature for future MacBooks, that can function either as a support structure for the base, or as a venting system to keep the MacBook running cooler (via Patently Apple). 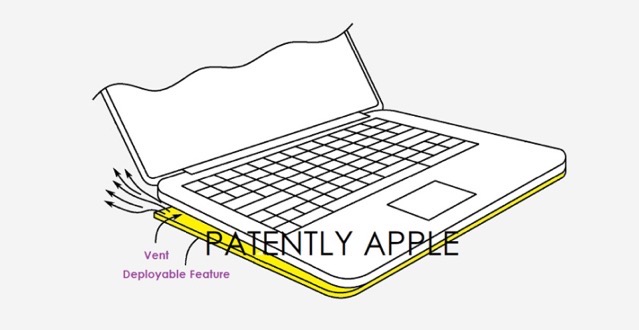 Apple’s invention details a MacBook with a base, a rotatable display portion mounted to the base, and a deployable feature coupled to the base portion that extends at least 3.8mm from a surface of the base.

The deployable feature can increase an open area in communication with an internal volume defined by the base. The feature can also partially define an air volume when deployed. This air volume can be used by an antenna or a speaker.

In some examples, the MacBook includes a sensor that provides a signal to deploy the deployable feature.

Waze has today revealed that ‘Home’ was the most trafficked destination for Canadians using the app in 2022, while also rolling out a new Holiday driving experience for the upcoming festive season. Below were the top 5 most trafficked destinations for Canadians in 2022: Home School Food and Drink Restaurant Shopping Centre While 'Hospital and Medical...
Usman Qureshi
45 mins ago

Meta has just announced the ability for creators to share short videos directly to Instagram Reels from some of their favorite third-party apps. The feature will be rolled out to Instagram users later this month. Creators use a variety of apps to create and edit videos before uploading them to Instagram Reels. Meta says it...
Usman Qureshi
47 mins ago