A new Apple patent application published by the US Patent & Trademark Office (USPTO) this week has revealed new protective coatings invented by the Cupertino company, that can prevent scratches and drop damage to housing structures, displays, and other structures of future iPhones, Apple Watches, Macs, and more (via Patently Apple). 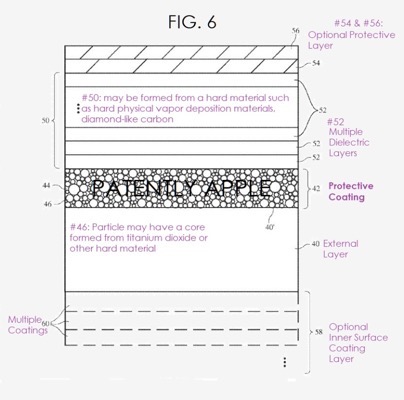 Apple could apply these protective coatings to a wide variety of products, including the iPhone, iPad, Apple Watch, MacBooks, headphones, AirPods, a television, gaming device, other wearables, and more:


CNET did a drop test on the new iPhone XS back in September 2018, four months after the patent filing. This is what they stated in their report at the time:

“Based on how similar the iPhone XS looks to its predecessor, the iPhone X, I was expecting it to crack on the first drop or two. Clearly, I was wrong. After four falls from up to 5 feet onto the concrete sidewalk, this iPhone XS came out almost intact. It has a few tiny dents and scrapes on the frame and the side of the camera, but the glass is nearly flawless.”

Does this mean Apple has indeed begun applying this new patent-pending coating application to iPhones?