Apple to Gain Millions in New Taxbreaks From Arizona Lawmakers 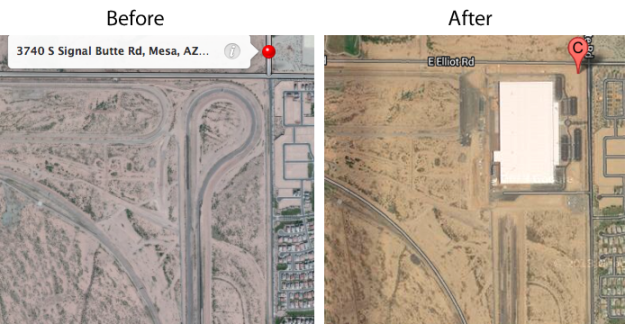 Arizona lawmakers are providing an even larger incentive for Apple to continue its investments in the desert, as new measures could grant the Cupertino company millions in new tax breaks, reports the Phoenix Business Journal:

All told, Apple could receive tens of millions of dollars in state breaks and other incentives if the latest and other tax measures are approved by the Arizona Legislature.

Apple has plans for a sapphire glass manufacturing plant in Mesa which will be powered by solar and renewable energy sources.

Other Apple tax breaks include up to $1 million should bill SB 1412 passes, which provides larger equipment write-offs for businesses in Foreign Trade Zones in Chandler; these companies already pay a lower 5 percent property tax rate compared to 19.5 percent paid by most businesses in Arizona.

A second bill SB 1413 would see sales tax on electricity and power at manufacturing plants eliminated, which could come at a $20 million benefit for Apple.

The article confirms an Apple ‘entity’ acquired the defunct First Solar plant in Mesa back in October for $113.6 million, seen as a bargain considering the latter had spent $312 million for the land and to build the failed facility.

It was previously reported Apple was lured by a $10 million incentive from the Arizona Commerce Authority and Governor Jan Brewer from the state’s business recruitment fund to acquire the plant. Apple will be leasing the plant to GT Advanced to build sapphire glass, most likely for future products.