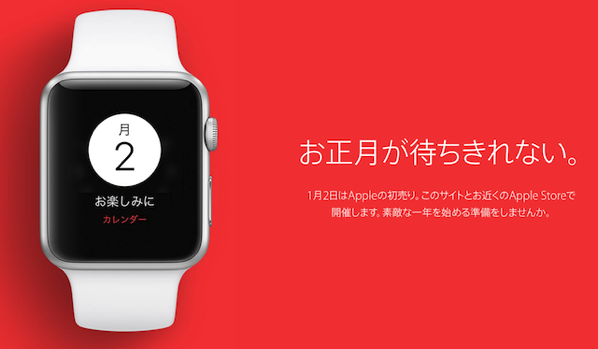 Continuing its tradition of offering something special on January 2 in Japan, Apple is planning to hold a special New Year’s Sale in the country, both online and at retail stores, which will start on January 2, 2017. According to MacRumors, Apple may also offer additional sales in various countries around the world ahead of Lunar New Year, which is set to take place on January 28.

“Up until 2016, Apple took part in the Japanese tradition of offering “Fukubukuro” or “lucky bags” to customers. Fukubukuro used to contain an assortment of random Apple products at a price of approximately $300. Some bags contained things like backpacks, speakers, and other small accessories, but there was always a chance to win a larger product, like a MacBook Air or an iPad”.

While the Fukubukuro tradition is still very much alive in Japan, 2015 was the last year that Apple participated. The company instead opted for in-store sales and doing away with the long lines retail locations used to see, as people looked to get hold of one of the limited edition bags.

Apple has not yet revealed what kind of discounts it will be offering in Japan on January 2, but it is believed it may be similar to the Black Friday event in the U.S., where it offered Apple Store gift cards up to $150 with the purchase of Macs, iPads, iPhones, and other products.