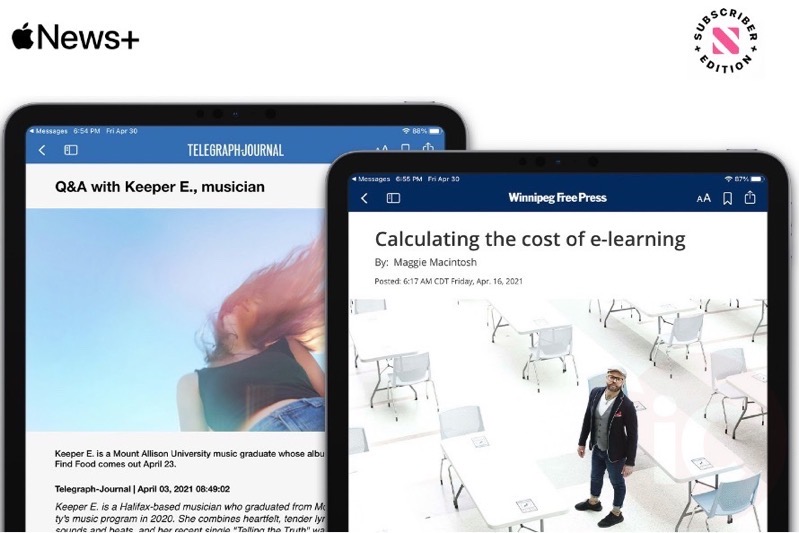 Apple made the announcement in an email to subscribers on Thursday, noting the above news sources “are now included with Apple News+.”

“Catch all the breaking headlines from these and many other top sources of local and international news,” added Apple in its email. Other newspapers included in Apple News+ include The Star and The Globe and Mail.

Apple News+ costs $12.99 CAD per month and unlocks access to premium content including hundreds of magazines. The service is included in the Apple One Premier Plan, which costs $33.95 CAD per month.

Google has joined forces with consumer advocacy group OpenMedia to oppose the Liberal government's controversial Online Streaming Act, also known as Bill C-11. The Liberals tabled Bill C-11 in February as an amendment to the Broadcasting Act. It is designed to give the Canadian Radio-television Telecommunications Commission (CRTC) regulatory authority over online streaming platforms, the...
Nehal Malik
22 mins ago

Apple Music has just rolled out the ability for artists and bands to personalize their profile page with a custom bio, as well as the option to add their hometown, birth date or year formed, and more (via MacRumors). Following the latest updates, artists can now also quickly add lyrics for their songs on Apple...
Usman Qureshi
31 mins ago