Apple News+ Allows Some Publishers to Set Their Own Monthly Subscriptions 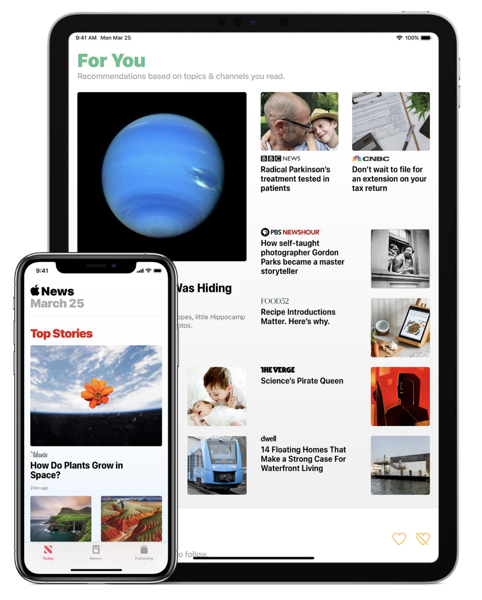 Apple News+ launched back in March, offering a subscription to the service for $12.99 per month in Canada, which offers access to hundreds of magazines, on top of various news publications such as The Toronto Star and The Wall Street Journal.

For those reading Apple News, some articles behind the subscription paywall denote a small grey ‘Apple News+’ icon, indicating paid access is required to read the full article.

But it appears Apple is allowing some publishers to set their own monthly subscriptions within Apple News+, such as The Washington Post. 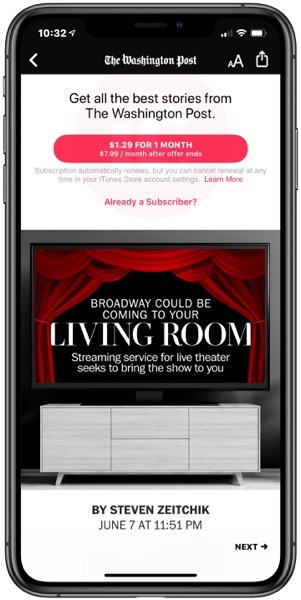 Articles behind the Apple News+ paywall from The Washington Post are offering users to subscribe in-app for $7.99 CAD per month for full access ($1.29 CAD for the first month), which is outside the price of Apple News+ at $12.99. You’d have to be a pretty big fan of The Washington Post to pay $8 per month for access, but the subscription option is available as an option.

Are you noticing any other newspapers offering their own subscriptions within Apple News+?