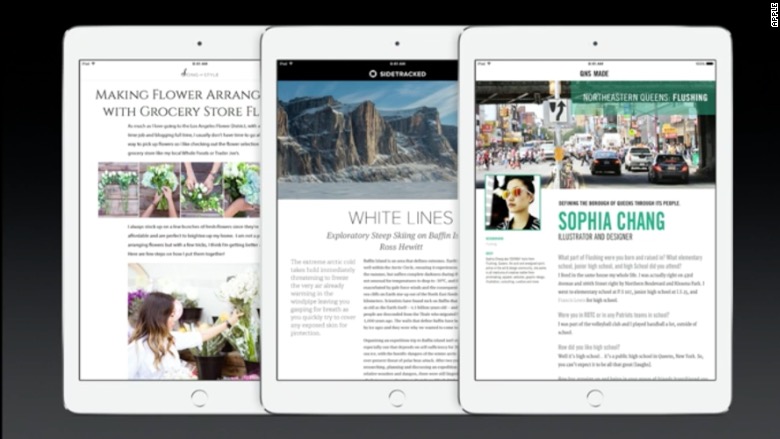 Two sources familiar with Apple’s plans have claimed that the Cupertino giant is working on making subscription content available to consumers via its News app, thus providing paywall publishers a new way to control who gets access to their content, Reuters is reporting.

This would give Apple a boost in the growing crowd of online news apps, by differentiating its News app from the likes of Facebook’s Instant Articles which do not offer subscriber-only content.

The move comes as news publishers try to figure out how to work with Apple and Facebook Inc , which are important distributors of news content to their hundreds of millions of users, but at the same time are getting between publishers and their readers.

By making paid content available through its News app, Apple would give publishers a way to maintain relationships with readers and perhaps attract new subscribers. It is unclear how Apple would authenticate subscribers or if it would take a cut of payments from readers who become subscribers through the app.

Currently, subscriber-only publications working with Apple News can either share their articles for free for just share excerpts of articles. The Wall Street Journal for example has a paywall for most of its content, though it posts a handful of articles a day to Apple News for free. As reported in the past however, most publishers are unhappy with the lack of information from Apple about their reader base.

The sources are also claiming that Apple’s move is also designed to counter publishers’ concerns about lack of data on who is reading their articles.

As for Canadians, they unfortunately don’t have access to Apple News–yet. But you can try this simple workaround to get easy access.

Image: The Verge; Sonos Era speaker concept If you’re waiting for new Sonos speakers to launch in 2023, they are said to be coming soon, according to The Verge. The site says 2023 Sonos speakers will be called the Era 100 and Era 300, expected to launch in the coming months. These speakers were previously […]
Gary Ng
48 mins ago