Yesterday there was news all over the place that Apple started censoring the word ‘jailbreak’ in the U.S. iTunes and App Stores. The censoring only appeared in the U.S.-based stores and not worldwide.

At the time, any content title or description that had the word ‘jailbreak’ was censored. It wasn’t known why this was happening but most people came to one of two conclusions. 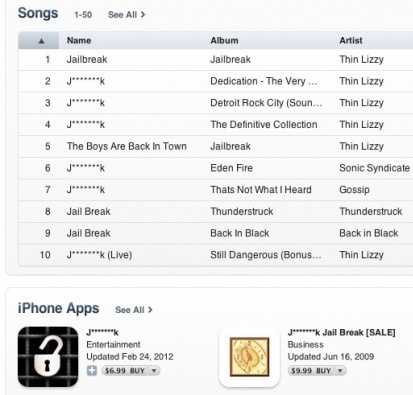 Either Apple was really trying to hide the word because of how they dislike jailbreaking or this was all some kind of mistake. Most people agreed with the latter.

[Via iTunes Store & The Next Web]