Earlier in June Apple informed NPR that it will soon implement an important security measure: encrypting iCloud email in transit. Apple did previously encrypt email sent between iCloud servers, but didn’t implement STARTTLS for emails in transit between providers.

Those following Google’s Email Transparency Report website could watch how Apple is slowly and steadily implements encryption, how the percentage of outbound and inbound email grows. As of July 9, the current status of the iCloud mail encryption can be seen in the image below: 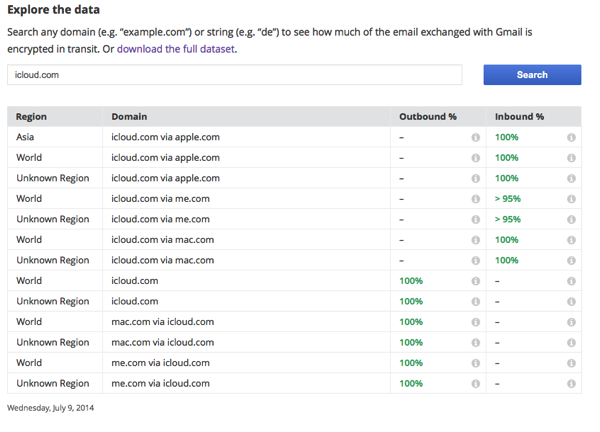 After testing the encryption method, German site heist.de — which, by the way, was the first one to notice that lack of encryption for email in transit, notes that Apple uses the RC4 encryption algorithm. Although, given the potential for eavesdropping, may not be the best alternative.

Last night, The Game Awards 2022 was held both virtually and in front of a live audience of industry personnel. The night was dedicated to recognizing the games and studios that helped shape the past 12 months.  Host Geoff Keighley worked with a number of publishers and development teams to pack the award show with...
Steve Vegvari
4 mins ago