The official Apple Store app for iOS offers promotions for free books, apps, and other content that users can download to their device. Today, the company has updated its promotion to make the official Tetris app from Electronic Arts available for free. 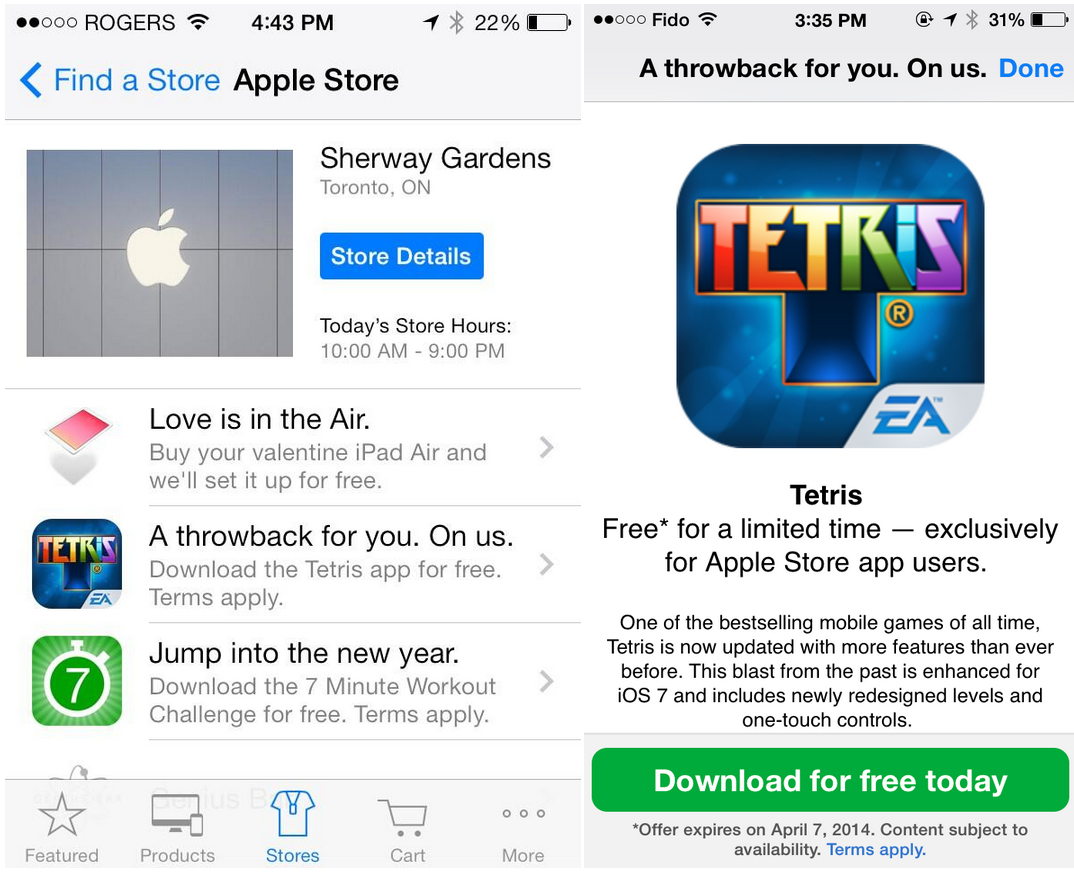 The Tetris promotion can be accessed from the Apple Store app, found by tapping on the “Stores” button in the bottom toolbar. The free app is listed in the middle of the page, directly underneath the company’s “Love is in the Air” Valentine’s Day sale.

The Tetris promotion is only available until April 7, 2014. Thanks to Twitter user @JokerEh for pointing out the offer.

(NOTE: The app is not free straight from the App Store, users need to access the promotion from the Apple Store app)