During its September iPhone launch event, Apple announced that anyone who purchased a new iOS device after September 1 would be able to download Pages, Numbers, Keynote, iPhoto, and iMovie for free.

On Friday, Apple began sending out emails with iTunes credits to users who have both purchased a new iOS device and purchased one or more of the five apps listed above prior to its September 10 announcement. 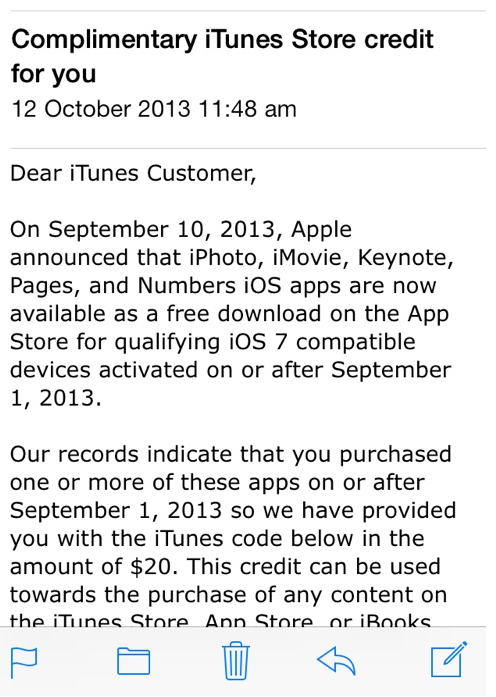 Eligible users should be receiving credit based on the number of apps they purchased. The credit can be used towards the purchase of any content in the iTunes Store, the App Store, and the iBookstore.

Apple’s iWork suite apps (Pages, Numbers, and Keynote) for iOS are normally priced at $9.99 each, while iMovie and iPhoto are priced at $4.99 each.