Apple has officially discontinued the Cards iOS app service, two years after its debut in 2011 alongside the iPhone 4S (via MacRumors). The app was designed to be an iOS version of the greeting card creation service found within iPhoto ’11. The app allowed users to create custom letterpress cards and send them via email or letter post, with prices starting at $4.99 CDN for shipments within Canada and Internationally. 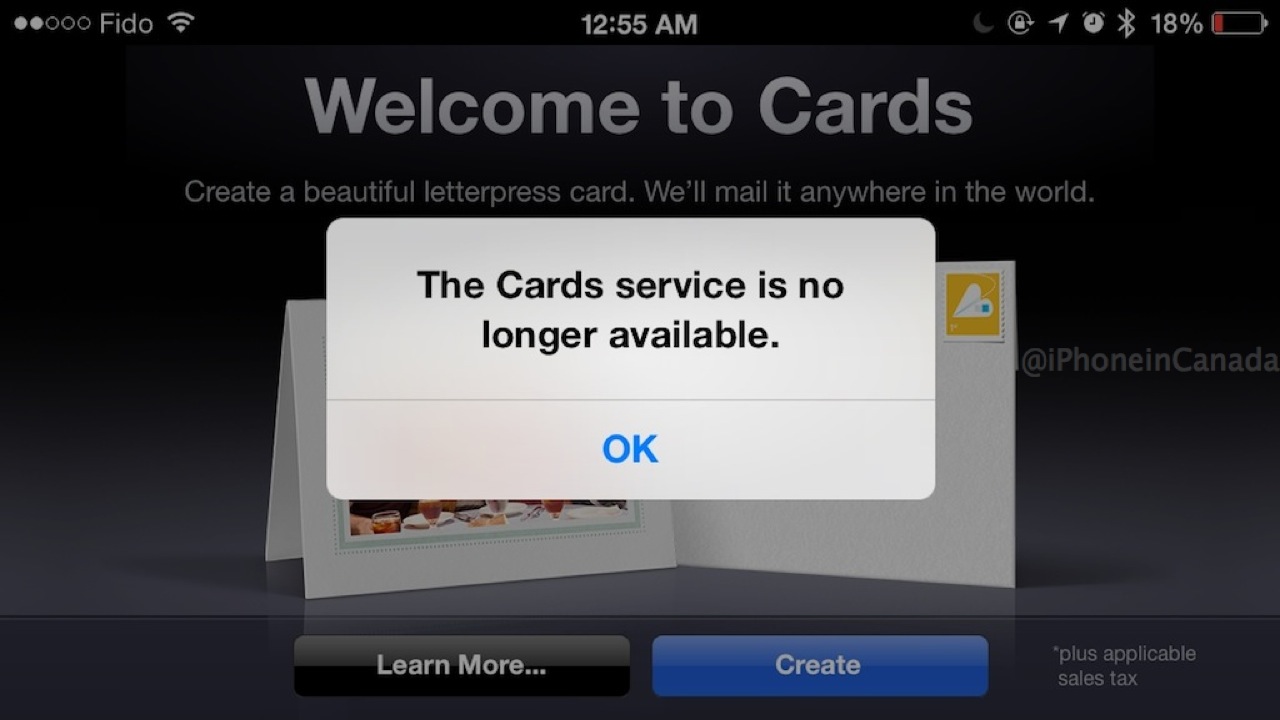 Opening the Cards app shows a popup message (shown above) saying the service is no longer available. The following official announcement from Apple further confirms the service will no longer work after 1 PM Pacific time on September 10, 2013:

As of September 10, 2013, the Cards iOS app service is no longer available.

Cards ordered before 1 PM Pacific time on September 10, 2013, will be delivered, and push notifications will continue to work.

You can view your previous purchases by tapping Saved Cards in the app.

Note: You can still order beautiful letterpress cards customized with your photos and text using iPhoto on your Mac. Cards ordered through iPhoto are shipped through a carrier such as FedEx rather than through the United States Post Office.

Apple notes that users can still use iPhoto for Mac to send customised letterpress cards to their loved ones, which will be delivered via courier services such as FedEx.