A latest survey has revealed that Apple is now officially on top among all U.S. retailers on the basis of nationwide retail sales per square foot. The research was published by RetailSails after analysis over 160 U.S. based retailers. Tiffany & Co. beingÂ the second largest retailer, is almost two times behind the chart leader while the closest technology-related retailer GameStop is almost five times behind the Cupertino giant, a company who has merely 10 years of retail experience.

Apple is constantly opening new retail outlets all over the World especially in Europe with three big stores scheduled for opening this weekend inÂ Charlotte, Little Rock, and Paris. According to USA today, this retail strategy is responsible for Apple’s massive success, making it America’s No.1 retailer with aÂ $4.6 billion increase in retail sales during Q1 of 2011.

As published by USA Today:

Check out the full analysis report from RetailSails below: 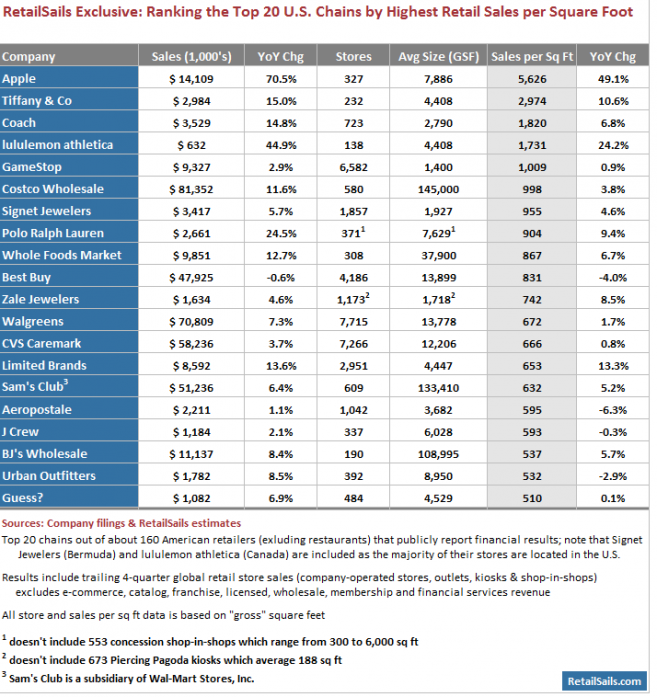