Last month, Bloomberg reported Apple would debut a new services bundle dubbed ‘Apple One’, and leading up to the company’s special event on Tuesday, more evidence of the new offering has been discovered.

9to5Mac has found references to ‘Apple One’ in iOS code, noting “these strings appear in the localization files used for the iPhone’s Manage Subscriptions screen.”

The strings mention terms such as “Cancel Apple One”, “Keep Apple One” and “You can unsubscribe from Apple One and keep only what you want”. 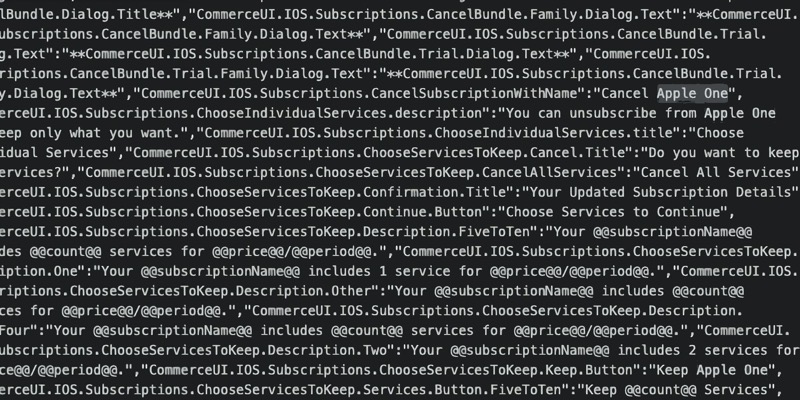 “The string references are in the same file as code strings that talk about selecting which individual Apple services to keep, rather than continuing with the bundle,” reports 9to5Mac.

Earlier this week, references to Apple One were also discovered within the Apple Music app for Android.

Other evidence of Apple One becoming a reality soon is the fact Apple has registered multiple domain names with the name, as found by MacRumors.

New Apple One bundles would allow the company to bring in more subscribers to services, as bundle pricing would be cheaper than standalone subscriptions.