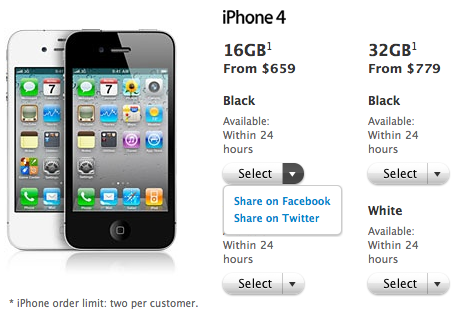 Upon selecting the drop down menu on any MacBook, iPod, iPhone, iPad, or Apple TV product page, you will see options to share to your friends on Facebook or twitter. The sharing links appear on both the US and Canadian online Apple Stores as of this moment. 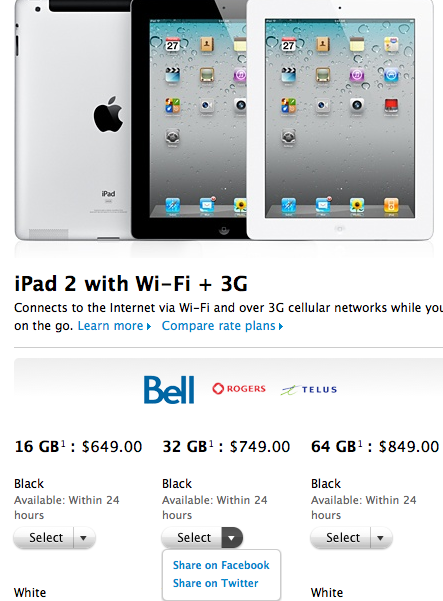 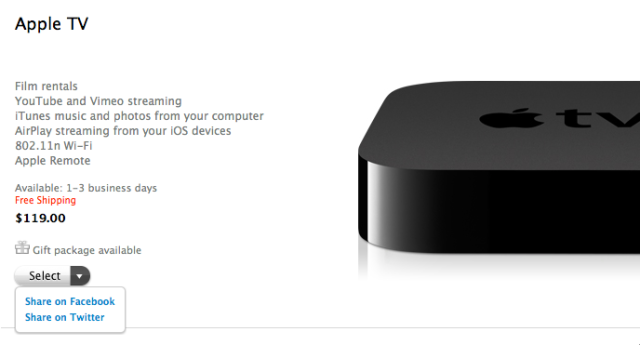 So have fun sharing away to your friends of your upcoming purchases. Maybe the next tweet could be the upcoming CDMA/GSM iPhone 5?