After eight months of iPhone 6 and 6 Plus availability, Apple has finally introduced a Lightning dock compatible with the devices. While this was great news for those in the market for a dock, something else has captured the attention of MacRumors readers: the pink iPhone with Touch ID sitting in the dock. There isn’t such device available in Apple’s line of iPhones. Did Apple accidentally leak the iPhone 6c on its own site? 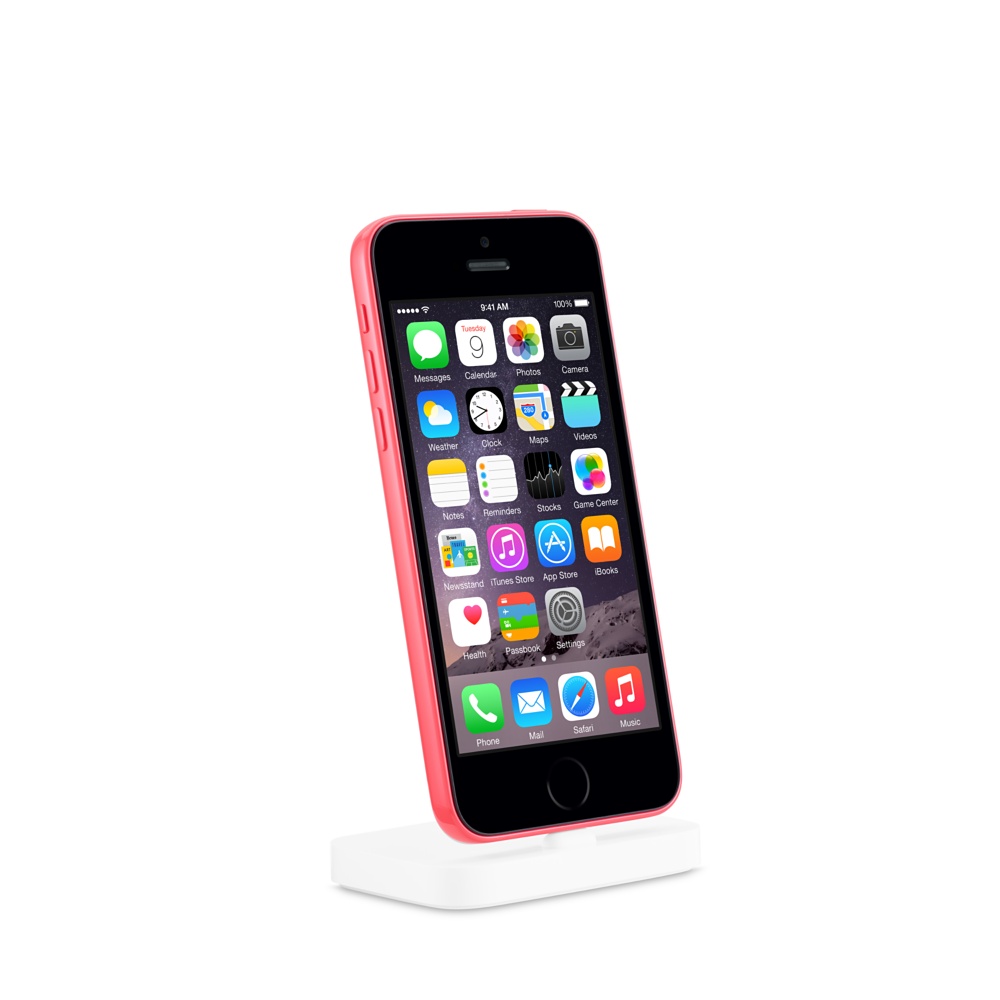 Actually, rumours of a 4-inch iPhone refresh started surfacing earlier last year — after Apple introduced the bigger screen iPhone 6 and 6 Plus. However, well-connected analyst Ming-Chi Kuo believes such move is unlikely from Apple — at least not this year.

Apple currently sells the colourful iPhone 5c, introduced in September 2013, as a lower-cost option for its hotly selling handset. If Apple does indeed plan to refresh the colourful iPhone line, it would likely feature lower-powered components, but the above image shows such a device equipped with Touch ID.

If we are to believe the rumours, Apple won’t anyway be releasing a colour lower-cost iPhone this year, therefore this image could be an error from Apple’s graphic designers.