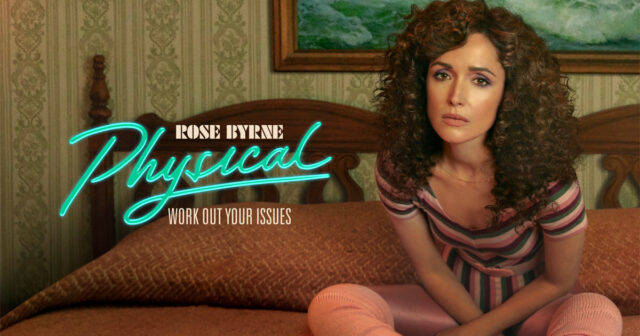 Apple has renewed its comedy/drama series Physical for a third season. The new season will see star Rose Byrne return to play Sheila Rubin in the series revolving around the popularity of aerobatics in the 1980s.

Physical is continuing with a new season, which should delight fans of the series on Apple TV+. As the series recently wrapped its sophomore season, there’s more to look forward to in the imminent future.

“I am thrilled for the opportunity to continue telling Sheila’s story in creative collaboration with Rose Byrne and the rest of our incredible cast, writers and crew,” creator Annie Weisman said. “Rose’s breathtaking, hilarious and brave performance is the north star on our show’s journey of personal empowerment and transformation in ’80s Southern California in all its synth-pop, sun-baked, spandex-clad glory. The feedback we’ve received from audiences who continue to discover and feel seen by Physical is the most deeply gratifying experience of my career, and I’m so grateful to our team at Apple and Tomorrow Studios for making this dream a reality.”

Alongside Byrne, Physical stars Rory Scovel, Dierdre Friel, Paul Sparks, Della Saba and Lou Taylor Pucci, and Murray Bartlett, who joined the cast in season two. The series is created and written by Weisman alongside Jessica Dickey who serves as Staff Writer. Stephanie Laing has filled the directorial role, taking on duties through 15 of the episodes thus far.

The second season of Physical recently concluded on Apple TV+. Those interested can now stream both seasons of the series on Apple’s service now. The series has received quite notable reviews, with many elated that the series has captured the authentic feeling and style of the 1980s.